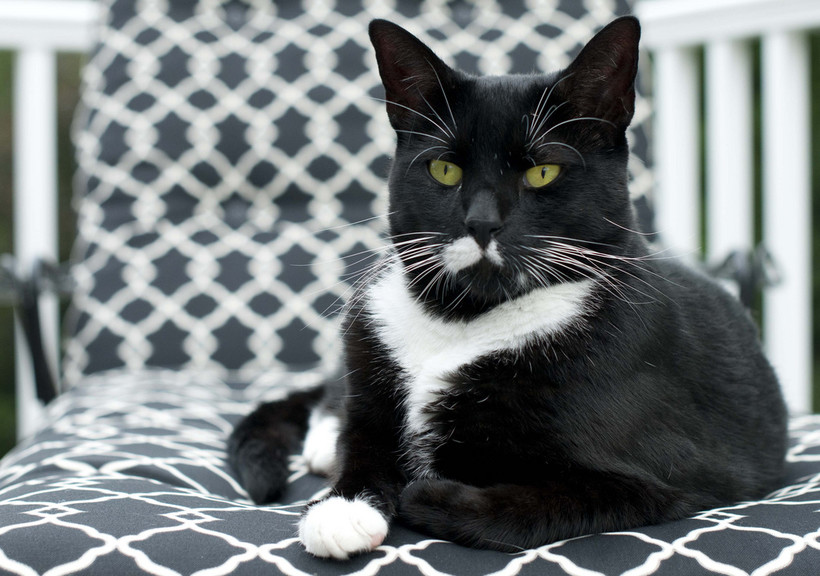 Why Do Cats Stop Using The Litter Box?

As many cat owners can attest, it's not always a sure thing feline pets will use the litter box, even if they're trained. In fact, veterinarian Sandi Sawchuk says 1 in 4 cats will stop using their litter box at some point in their lifespan.

There are many reasons why a cat may not use its litter box, Sawchuk said, including physical problems. She suggests the first thing to do is have a vet perform an exam because the litter box behavior could be a sign of something more serious.

"Get your cat in and make sure there isn’t something wrong with your kitty," she said. "Bladder irritation, bladder stones, diabetes, kidney disease, hyperthyroidism – all these things that can make a cat have problems using a litter box."

There are also a number of ways owners can help prevent litter box problems before they start. A lot of problems come down to managing the litter box, Sawchuk said.

Using the right size box. Commercial litter boxes are usually too small, Sawchuk said. The box should be one and a half times the length of the cat – from the nose to the base of the tail. She recommends using under-the-bed-size storage boxes without the lid.

Get the right litter. Sawchuk recommends soft, sandy litter you can scoop. The smaller the granules the better for the cat. The scent of the litter usually doesn’t make a difference, but some cats may be sensitive, she said.

Have multiple boxes. As an example, Sawchuk said a two-cat household should have a minimum of three litter boxes. These should be placed in different locations in the home.

Find the best locations. Litter boxes should be in easily accessible areas that aren't near food. Most cats like areas with good escape potential. This is especially important if there are other pets that may bother the cat when using the litter box, Sawchuk said.

Don’t use covered boxes. Covered boxes are for the owner, not for the cats, said Sawchuk. Most cats don’t like to be cornered, so they are more likely to go out in the open instead of the box. Also, covered boxes make it easier for owners to forget to clean the box, which leads to her last tip.

Keep the box clean. Litter boxes should be scooped at least once a day, and litter should be completely replaced regularly. Timing on the later depends on the type of litter, Sawchuk said. When replacing litter, take the opportunity to wash the box using just soap and water, not cleaners that can leave a strong scent behind.

"My goal is to have every cat have the golden litter box," Sawchuk said. "Make it the best litter box you can possible make for them."