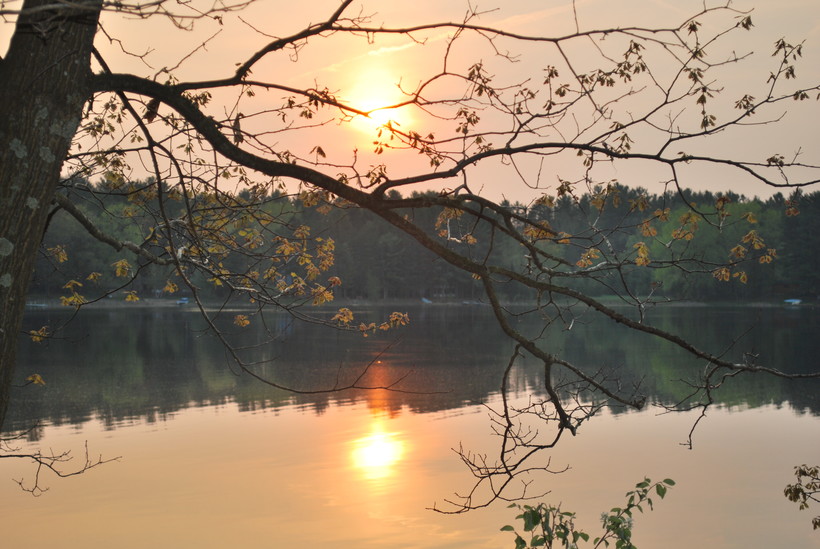 Why Is Central Wisconsin's Groundwater In Short Supply?

There are about 15,000 lakes and over one quadrillion gallons of groundwater in Wisconsin - so it's hard to believe that it's in short supply.

But in Wisconsin's central sands region, the expansion of high-capacity wells is drawing down groundwater, and the water levels in lakes and streams.

Officials with the Wisconsin Department of Natural Resources say that legally, they cannot block new wells based on the impacts from existing wells, and a new law may keep it that way.

Kate Prengaman is a reporter with the Wisconsin Center for Investigative Journalism (WCIJ) who just wrote a story about water in the central sands region.

Terry Bell: What did you find out?

Kate Prengaman: High-capacity wells have really expanded in central Wisconsin, and it's leading to impacts on surface waters. Every time you take water out of the ground, you're taking it away from surface waters.

TB: How much surface water has been lost in the Central Sands region?

KP: There are lakes that have gone down two, three, four feet. It depends on the season. This year, we've had a lot of rain, so the lakes aren't as far down as they were a couple of years ago.

KP: Forty percent of Wisconsin's high-capacity wells are located in the six counties that make up the central sands, and that's because the central sands has a lot of irrigated agriculture - it's sandy soil, so farmers need to apply a lot of water to grow productive crops.

KP: The way the DNR regulates high-capacity wells is they look at each well's proposed withdrawals and if that will have an impact on nearby surface waters or neighboring wells. They can put conditions on the well, or suggest changes to prevent impacts. But what they can't do is look at the impact cumulatively of lots of wells in the same area. Each well by itself has a small impact. Collectively, it's a larger impact, but we don't have any policies in place to deal with those collective impacts.

TB: What we're not doing is taking a look at the bigger picture.

KP: Right, and it's hard to figure out a fair way to do that. That's what we're missing right now.

The great thing about being in Wisconsin [is] we have so much water. In fact, a lot of people say it's hard to believe we could ever be running out. Just pulling down the top couple of feet of the groundwater impacts the lakes and streams, but if we reduced the pumping, then the aquifer will recharge and the lakes and streams could have more water again.