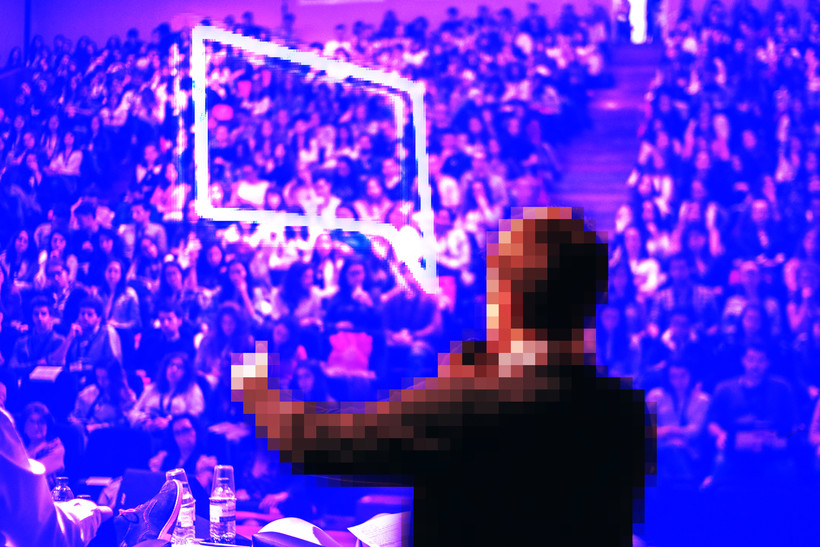 Who Decides Who Should Speak? The Past And Present Of Free Speech On College Campuses

College campuses have long been hotbeds of political activity, fervent debate and occasionally violence stemming from a war of words.

What’s different today, in this era of call outs and cancel culture, is a renewed and controversial argument over free speech — what people should or should not say — playing out at universities and colleges around the country. Some students are protesting individual speakers or events, saying there are people who should not be given a platform — that their ideas that should not be aired — while others side with free speech advocates who argue to let everyone speak and let people choose for themselves whether to listen.

There have been a few widely reported "shoutdowns."

In one, at Claremont McKenna in California in 2017, a group of 170 students showed their disapproval of a talk by Heather Mac Donald, a conservative writer, by protesting and blocking entrance to her speech. The school punished seven of the participants with five suspensions and two probations, saying, "The blockade breached institutional values of freedom of expression and assembly."

Jonathan Haidt, a psychologist and professor at New York University, says these high-profile events have had a chilling effect on day-to-day free speech.

"It puts the fear of God into speakers and administrators all over the country," said Haidt, speaking to Steve Paulson for "To the Best of Our Knowledge." "Where it really begins to affect people is in everyday interactions."

Haidt and Greg Lukianoff wrote "The Coddling of the American Mind: How Good Intentions and Bad Ideas are Setting Up a Generation for Failure," as both a record of what’s going on and a warning of where it might lead. Haidt was disturbed to see that if a speaker comes to campus and a student chooses not to go to the talk, the student might still complain they are traumatized or harmed by the speech.

Haidt said the result of choosing some people to speak or not to speak based on their ideas and opinions means students are creating a false "safe" world. When the students leave campus, they’ll find they can’t have constructive debates or arguments, Haidt said, because they’ve only surrounded themselves with like-minded people. He also argues the college experience should be one of exploration and many facets of ideas.

"I'm not a 'free speech extremist,' or whatever the word is," Haidt said. "I think what we're trying to do on a college campus is something very special — we're trying to create a community in which people come face to face with ideas that they didn't know, are not familiar, it may even challenge or threaten beliefs they hold dear."

But what if the speech is full of hate?

Haidt said he certainly draws the line there.

Dorothy Kim, a professor at Brandeis University, started noticing that in her field of medieval studies some students and scholars had focused on the subject as a way to promote white supremacy. It became clear watching the footage of the 2017 Charlottesville "Unite the Right" rally that the study of the Middle Ages had become "weaponized," she said.

Soon after, she wrote a now infamous blog post calling on academic colleagues to recognize the surprising fascination that white supremacists have with the Middle Ages.

"It mostly has to do with upholding ideas of white superiority in relationship to global colonization and empire," Kim said. "So, it’s about framing out the past as a way to say, 'Aha, white global empire is in fact superior to the rest of the world. And we can we can show this with X Y and Z from the past.'"

Kim calls on her fellow professors to not allow this to happen.

"If we are not critical about what is going on and how our fields or these histories are being weaponized, they do become ideological weapons," she said.

Kim said the fights over censorship on college campuses are often a way for hate speech to hide behind free speech.

"It's basically a way for the far right to infiltrate various discussions and use various terminologies in order to get some sort of outraged reaction," Kim said. "It’s not actually about free speech. It’s like a panic button."

While so much of the current controversy is fueled by the speed of social media and the ability to gather groups via Twitter and other platforms, others note that the fight for free speech has a long history in the United States. And we can learn from that past.

David Maraniss — a Pulitzer-prize winning journalist who splits his time between Washington, D.C. and Madison — writes about the McCarthy era in his new book, "A Good American Family: The Red Scare and My Father."

His father and mother met at the University of Michigan in Ann Arbor, where they joined the communist party and were members of the Young Communist League. His father, Elliott Maraniss, was investigated by the FBI and called to testify before the House Un-American Activities Committee in 1952.

Because of that, Elliott Maraniss was blacklisted by the newspaper business and fired first by The Detroit Times, and then later by The Cleveland Plain Dealer. He was eventually hired by The Capital Times in Madison, where he rose to be editor-in-chief.

" ... I would rather have my children miss a meal or two now than have them grow up in the gruesome, fear-ridden future for America projected by the members of the House Committee on Un-American Activities. This committee reflects no credit on American institutions or ideas. Its attempt to enforce conformity of political or economic thought is a long step toward dictatorship that holds the greatest danger to the entire American people. In this country we have never acquiesced in the proposition that persons could be punished for their beliefs."

There are echoes to today’s climate, David Maraniss said.

"This democracy is strongest when it's challenged. I think that dissent is an essential part of American life, and the First Amendment protects that ability to dissent and speak one's piece about any subject," Maraniss said. "I think it's threatened now by a president who has called journalists the enemies of the people. I think it's threatened to a far lesser extent by certain aspects of the left to who try to squelch and stifle anyone who disagrees. But I think they should still allow people to speak. My belief in the freedom of speech and freedom of the press has never been stronger than it is today, and I don't think that it's ever been threatened more."