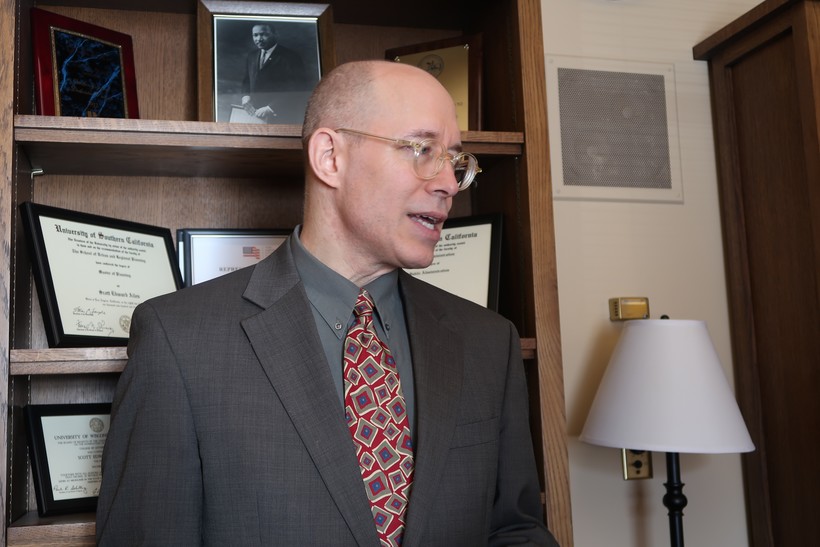 Rep. Scott Allen Says He Decided To Change Course After Conversations With His African American Colleagues
By Shawn Johnson
Share:

A white GOP lawmaker who had planned to introduce his own resolution honoring Black History Month said Tuesday he changed his mind after several conversations with African American state legislators.

State Rep. Scott Allen, R-Waukesha, said he meant for his resolution to honor the vision of Martin Luther King Jr., but it soon became apparent he had hurt the feelings of his African American colleagues.

"I appreciate and respect the feelings that they have shared with me," Allen said. "As a result of those conversations I will not be submitting the resolution that I authored for consideration by this Legislature. Instead, I will support and, if I may, co-sponsor the resolution proposed by the African American caucus."

Allen introduced a draft of his resolution in December, prompting an immediate backlash from the Legislature's African American lawmakers, all of whom are Democrats. That included state Sen. Lena Taylor of Milwaukee who sent an email to members of the Legislature and their staffs comparing Allen to a slave owner.

Since then, Allen met with several members of the Legislative Black Caucus. He said Tuesday it was "possible that I made incorrect assumptions" when he introduced his resolution in December.

"I honor those feelings," Allen said. "I'm optimistic of good things to come."

Wisconsin's annual Black History Month resolution received national attention last year after Republican lawmakers refused to include the name of Colin Kaepernick, the Milwaukee native and former NFL star. A resolution being circulated by the Legislative Black Caucus this year honors 13 people, but Kaepernick is not among them.

Allen said he expected that resolution to pass the full Legislature.