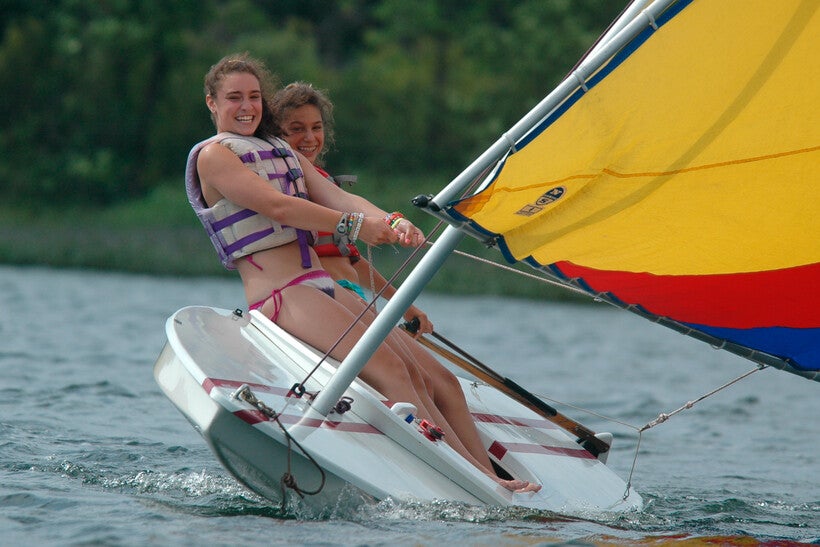 People sail at Birch Trail Camp in Minong, Wisc. The camp has been open since 1959. Photo courtesy of Birch Trail staff

'Where time can stand still': Why most Wisconsin summer camps stay open for decades

73 percent of Wisconsin summer camps reported being in business for more than 50 years, report shows
By Alex Peek
Share:

Summer camps are a big deal in Wisconsin.

Whether it’s playing sharks and minnows, roasting marshmallows while sitting around a bonfire, or tying off a completed friendship bracelet, summer camp activities have bonded youth together for years — and sometimes even generations.

That’s a statistic Stephanie Sticka, of Green Bay, stumbled upon while doing research for the Wisconsin Department of Agriculture, Trade and Consumer Protection. She works closely with summer camps on safety regulations as a technical specialist for DATCP.  She found the statistic shocking and wondered what gives these camps such longevity.

So, Sticka, a former camp-goer herself, submitted that very question to WPR’s WHYsconsin.

As a former camp counselor myself, Sticka’s question about why summer camps are so popular in Wisconsin really piqued my interest. I spoke with three camps across Wisconsin to try and understand the secret to keeping these summer camps in business for so long.

Pat Soldan, CEO of the 104-year-old Camp Manito-wish YMCA, said one reason the camp in Boulder Junction has stayed open for all these years is because it feels like a second home.

"Camp allows our kids to be kids," Soldan said. "They love the friendships… We do these closing ceremonies at camp, where campers reflect on their experiences at camp. Almost all of them talk about the friendships that they've made and how quickly they become like their second family, and they feel like camp is their home or their second home." 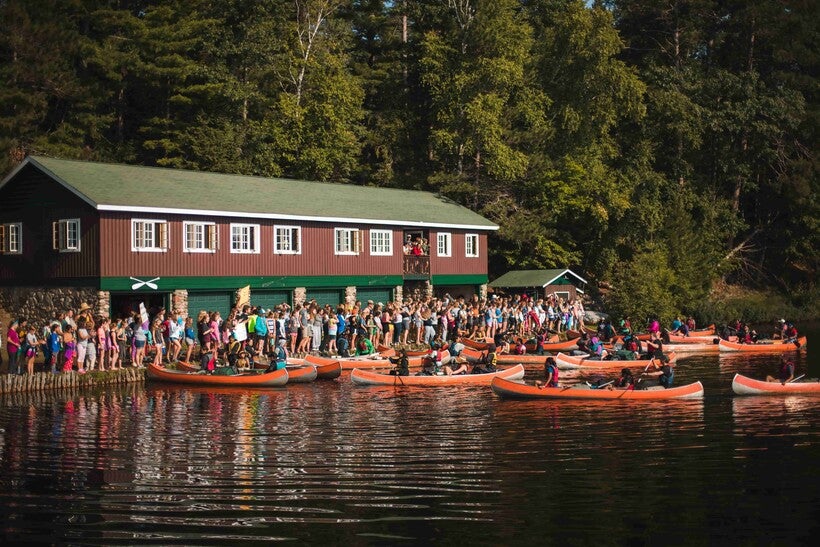 Camp Manito-wish YMCA counselors and campers lineup on the shore while others paddle canoes. The camp in Boulder Junction, Wisc., has been operating for 104 years. Photo courtesy of Ryan Stephens

Every camp is different, yet all the leaders of the camps I spoke to shared similar stories about the positive effects the experience has on their campers.

Lori Astell is the chief experience officer of the Girl Scouts of Wisconsin Badgerland, established in 1904.

"Camp is a place where girls can be themselves, they can take on challenges, they can be bold, create lifelong friendships and be able to truly escape the day-to-day highly scheduled world that we're all a part of today," she said.

What stands out to Astell is the leadership the girls develop over the summer while at camp.

"Girls that spend time in the outdoors, especially in the camp environment, really have exponential outcomes in terms of leadership," she said, “And they foster those friendships that they might not have an opportunity to develop in a really tight scheduled space. Parents are really driven by the difference or the outcomes they see in their girls." 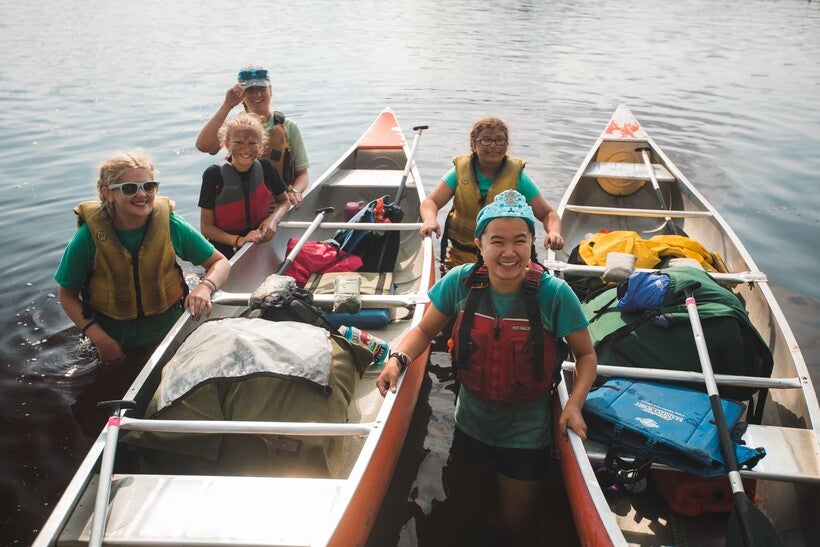 A group of camp-goers pose for a photo while standing alongside two canoes at Camp Manito-wish YMCA. The camp in Boulder Junction, Wisc., has been open for 104 years. Photo courtesy of Ryan Stephens

Another common thread is the longer the camps have been in business, the more generations of a family have attended.

Take Birch Trail Camp in Minong as an example. It’s been in operation since 1959.

Parents and children learn the same camp cheers, sing the same camp songs and canoe the same rivers on their wilderness trips. Those shared experiences help families grow and bond, Gabe Chernov, owner and director of the camp, said.

"I think one large part of the success is that camp really gives parents the ability to provide their children with a real similar experience to what they had growing up," Chernov said. "We have moms who grew up at Birch Trail, learned how to water ski from our waterfront director and now their daughters come back to Birch Trail and learn from literally the same person. And there are just not that many other places where that can happen – where time can stand still like that." 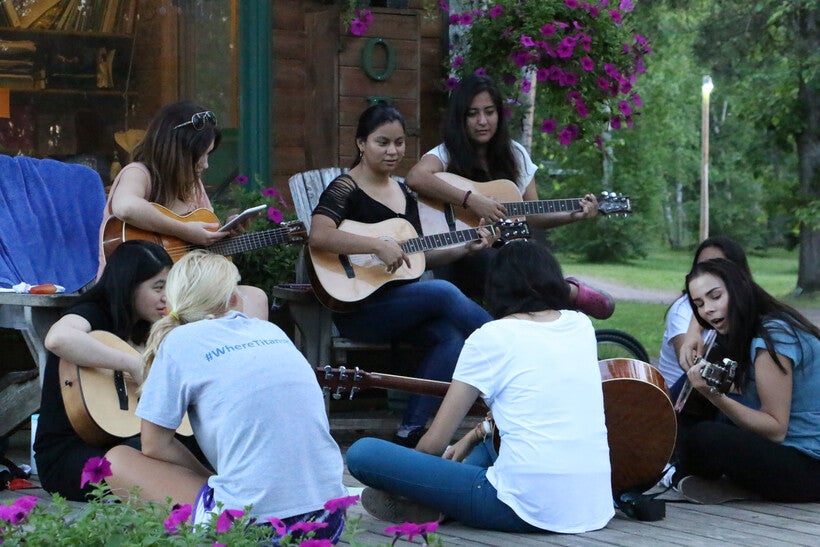 People sit as a group playing guitar and singing at Birch Trail Camp in Minong, Wisc. The camp has been open since 1959. Photo courtesy of Birch Trail staff

Over the years, the camps have had to adapt to the changing times and needs of their campers. And any challenges they encountered along the way have proved to be important lessons in how to adapt.

Astell said the 24/7 access to the great outdoors – a staple of Wisconsin’s summer camps – is a way for children to grow physically and emotionally.

"Getting outdoors is critical to the well-being of each of us and especially children. It affects and impacts our physical well-being, our mental well-being and then when you add in the elements of being in a camp environment, these positive outcomes are really amplified," she said. 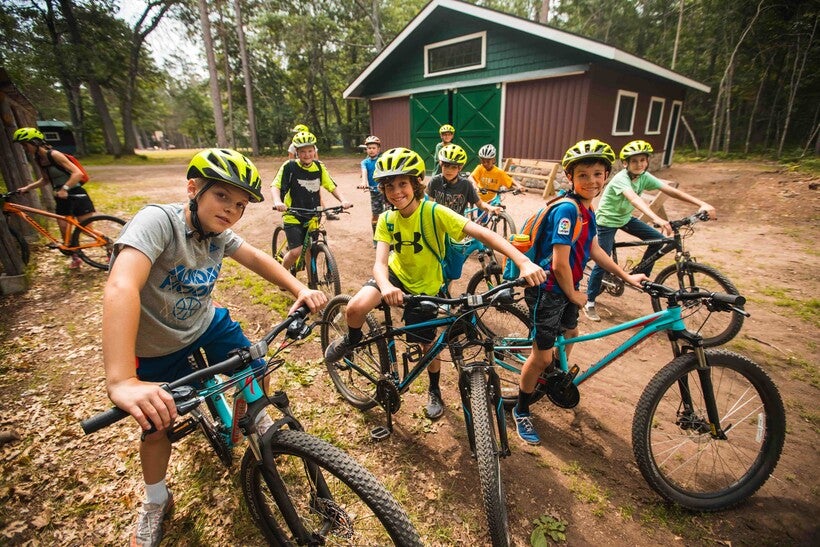 Kids ride their bikes at Camp Manito-wish YMCA in Boulder Junction, Wisc. The camp has been open since for 104 years. Photo courtesy of Ryan Stephens

There are many reasons why kids come back to camp year after year, but camp leaders say one thing always holds true: Summer camp is about making memories that will last a lifetime.