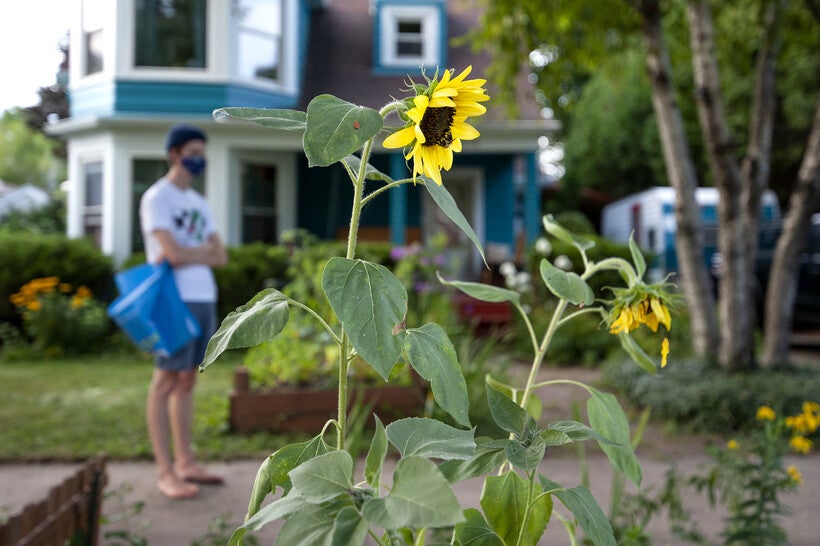 A bee visits a sunflower during a campaign event for Snodgrass, a candidate for the Wisconsin State Assembly, on Wednesday, Aug. 12, 2020, in Appleton. Angela Major/WPR

What you need to know about No-Mow May, the bee-boosting trend sweeping Wisconsin

More communities are encouraging residents to put away their lawnmowers for next month to help pollinator populations grow
By Rob Mentzer
Share:

Two years ago, Appleton became the first city in the U.S. to adopt "No-Mow May," an initiative designed to boost the population of bees and other pollinators.

The idea is to give homeowners the option of letting their lawns get a bit overgrown for a few weeks to ensure that bees that are coming out of hibernation have plenty of options for the nectar and pollen they need.

The initiative, which is optional everywhere it's been implemented, requires cities to temporarily waive enforcement of ordinances that require homeowners to maintain their lawns.

In Appleton in 2020, No-Mow May was met with success, and other cities including Wausau, Oshkosh, Fort Atkinson and Stevens Point adopted the idea the following year.

And like dandelions on an unmown lawn, this year the idea has spread even farther. No-Mow May will be observed in De Pere, Wisconsin Rapids, La Crosse and other Wisconsin communities, as well as more distant places such as Ann Arbor, Michigan; Bangor, Maine; and New York's Hudson Valley.

What's the point of No-Mow May?

"Bees, and insects in general, are in a bit of a slump right now," said Israel Del Toro, a biology professor at Appleton's Lawrence University.

Studies have shown steep declines in wild bee populations in the 21st century. It's a serious enough problem that the United Nations characterizes it as a threat to the global food supply.

Del Toro, who encountered the concept of a No-Mow May from an environmentalist group in the United Kingdom, was the driving force behind Appleton's pioneering initiative. There are many factors that are hurting bee populations, he said, including climate change and irresponsible uses of pesticides and herbicides.

But in his view, the biggest stressor is habitat loss.

No-Mow May ensures that bees and other pollinators have plentiful food sources as they come out of hibernation. Del Toro has also worked with the city of Appleton and Lawrence University to establish places in parks and public spaces that could be havens for native plants to support pollinators all summer long. 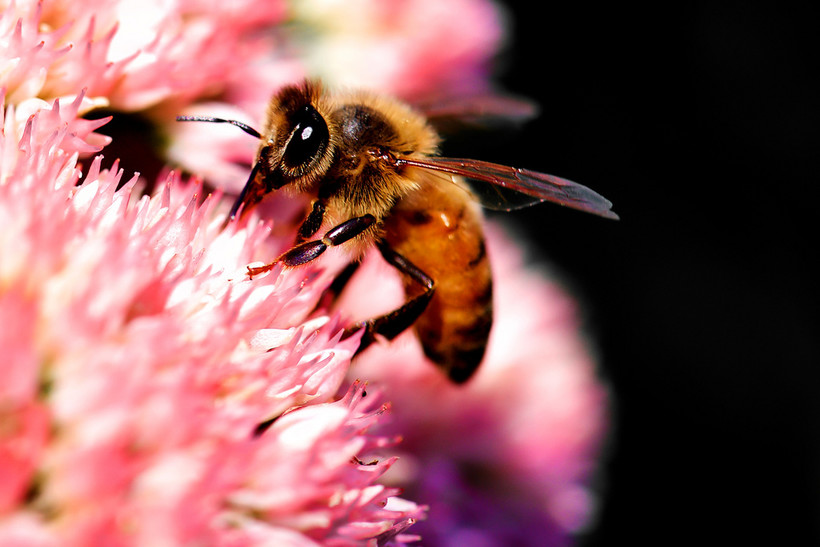 It's also worth noting that the pollinators most affected are not the bees most people know. There are more than 500 species of bees, and unlike honey bees or bumblebees, most of them don't live in colonies.

"They're solitary little organisms," Del Toro said, and they do "the vast majority of pollinating in our urban ecosystems and in our agricultural ecosystems."

Does No-Mow May actually make a difference?

The evidence that No-Mow May works to boost local pollinator populations is striking.

Del Toro's research in Appleton’s first year of the program with fellow Lawrence University professor Relena Ribbons found a fivefold increase in the number of pollinators and a threefold increase in pollinator species diversity in the spaces.

Del Toro said they expected to see populations increase, but that was a "staggering difference."

What if I love mowing my lawn, or just can’t stand the grass looking messy?

Not everyone likes a shaggy lawn. In Appleton, the first year of No-Mow May did coincide with an increase in complaints to the city.

This year, Ruth Ludwig, a member of the Superior City Council, brought forward a No-Mow May resolution there; the council will vote on it on Tuesday. Ludwig is a master gardener and loves watching the bees find flowers in her yard. But even in her own household, not everyone is completely sold on No-Mow May.

"My husband is one of those," she said. "He likes getting all the weeds out of the lawn. For him, it is therapeutic; he'll spend an afternoon pulling the weeds. In the spring, I do have to fight with him: 'Keep those dandelions. Let them grow, so it feeds the bees.'" 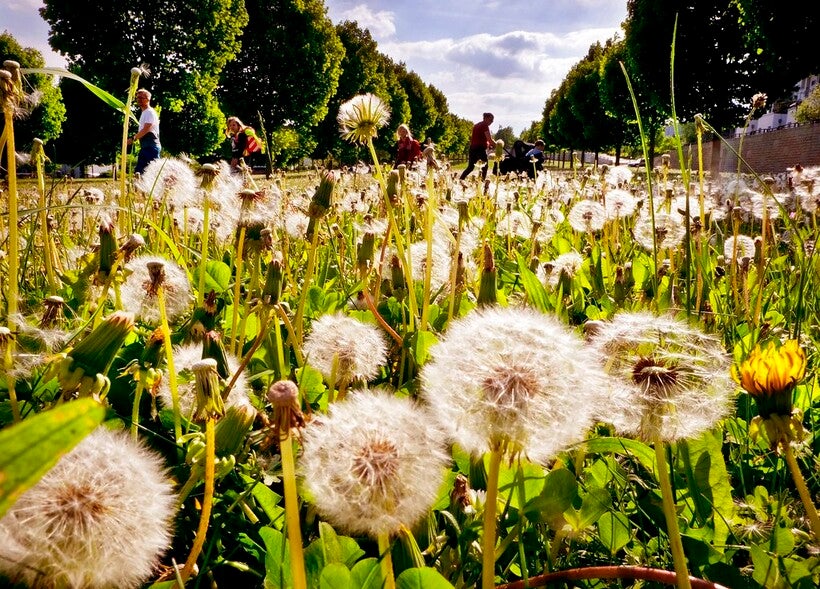 People pass by vast numbers of blossoming dandelions in a public park in Frankfurt, Germany, Thursday, May 3, 2018. Michael Probst/AP Photo

Del Toro said there is plenty of room for compromise. People can plant native flowers or allow growth only in parts of their yards. They can set up bee hotels, designed as habitats for solitary species like the leafcutter bee. And they can simply reduce their own use of pesticides, herbicides and fertilizers that can play a role in harming bee populations.

"By all means, if it's really driving you crazy, and it's really hurting you to watch those flowers grow in your yard, go ahead and mow," Del Toro said. "There are plenty of other ways for you to get involved and participate."

My community doesn't have No-Mow May. How can I help the bees?

Bee City USA, an initiative of the Xerces Society for Invertebrate Conservation, offers advice for people who want to support bees without running afoul of local ordinances. One is to "maintain a mowed buffer" that separates your lawn from your garden.

Bee City USA also recommends engaging your local city council to see whether an optional No-Mow May program might work in your community.

For Del Toro, the broader goal is to make people aware that each of us can find ways to help bees.

"It's much more than just not mowing," Del Toro said. "It's also thinking actively about pollinator conservation, and all the little habits we can get rid of that maybe are hurting pollinators." 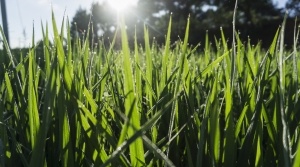 Now is the time to give some attention to your lawn. We talk with a sod expert about lawn alternatives, how and when to fertilize, and No Mow May.