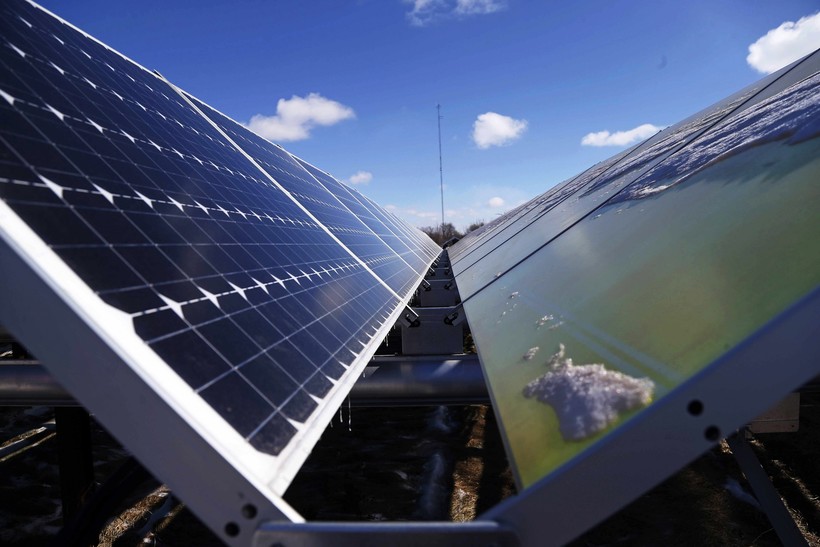 What Would Wisconsin Look Like If It Produced 100 Percent Of Its Energy Needs?

A new study from the University of Wisconsin-Madison's Center on Wisconsin Strategy — or COWS — has concluded Wisconsin could generate jobs and improve public health by transitioning its energy system away from fossil fuels.

The report, released in February, found Wisconsin now gets most of its energy from fossil fuel sources that come from out of state.

"What that really means is that we're importing energy," said Katya Spear, a senior associate with COWS and co-author of the study. "And we're exporting money to import energy to the tune of some $14-plus billion a year."

Researchers then developed a model of a mix of in-state alternative energy sources Wisconsin could use to generate 100 percent of its needs, from utility scale solar and geothermal, offshore and on-shore wind energy, biomass and nuclear, as well as potential benefits from improved energy efficiency.

It found generating all of Wisconsin’s energy needs from in-state sources would more than double the number of jobs in the energy sector, cut air pollution and boost state revenues.

The cost of such a transition would depend on which energy sources the state used.

Spear said the study suggests there shouldn’t be a concern that an energy transition would force the state to choose between economic development and environmental benefit.

"These numbers make a really good case that we can do both," she said.

The state is already taking steps in that direction.

Gov. Tony Evers' budget would require Wisconsin utilities to move to carbon-free electricity by 2050. According to Xcel Energy, it will eliminate its carbon emissions by 2050. And several utilities have committed to 80 percent reductions in the next 30 years as well.