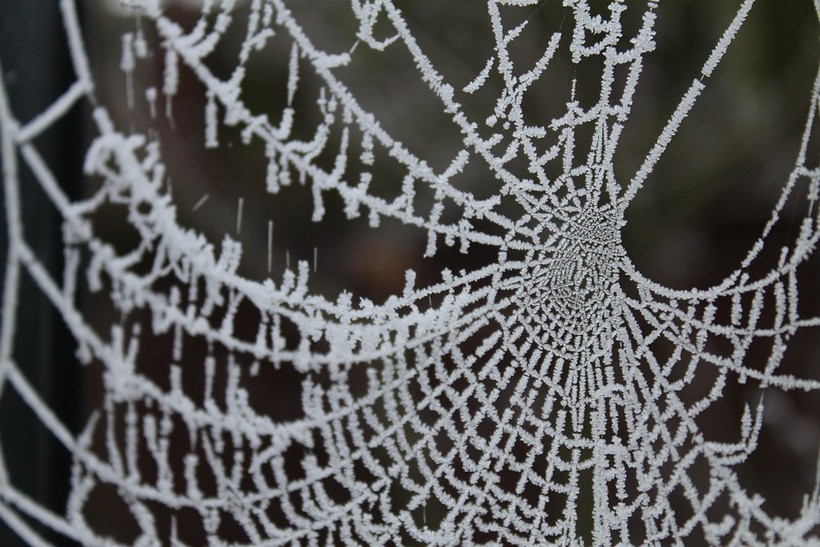 What Happens To Spiders In The Winter?

As the air grows chillier and the days get shorter, there are fewer bugs. That doesn't mean these bugs necessarily die, however. Many insects survive Wisconsin's cold winters as eggs.

Spider eggs can't survive being frozen, so these arachnids have come up with different ways to stay alive during the winter months, said Mike Draney, a biology professor at the University of Wisconsin-Green Bay who studies spiders.

While many spiders lay eggs in the fall, those eggs hatch and little baby spiderlings spend the winter in the egg sacs to keep warm. Whether spiders are babies or fully mature adults, they have to undergo a process of cold hardening for winter survival.

"So nights like this where it gets cold but it doesn't freeze, it sort of tells their body to start producing, actually, antifreeze compounds. They're very similar to the kind we put in our car, and they build these up in their tissues and it lowers the temperature at which they freeze,” Draney said.

Then the spiders behaviorally know they have to go to places where they're sheltered, like leaf litter or cracks of bark. Those places, combined with the antifreeze, keep them alive in the winter.

Another kind of spider produces eggs in the spring. These spiders survive in the winter as young creatures. Once the winter ends, they mature, mate, and produce eggs. This category includes wolf spiders, jumping spiders and running spiders. The biologist said none of these make webs.

There's also a small winter community of spiders in Wisconsin living in the space between the ground and the snow, a hollow space that is warmer than the air temperature, Draney said.

Putting a spider outside in the wintertime, as an ecologically-conscious home owner might do, is not the best decision to help that spider.

"Once it gets to be wintertime and consistently below freezing, exporting a house spider outside is pretty much a death sentence, because they really do need this time to build up the anti-freezing compounds," the biologist said.

His recommendation? Leave the spiders alone and give them free reign. To become a mature adult, the spider has likely eaten at least 40 insects, and they need to keep eating insects to stay alive.

But if you absolutely can't stand the idea of spiders in your house, Draney said putting them in the garage will probably keep them alive through the coldest months.