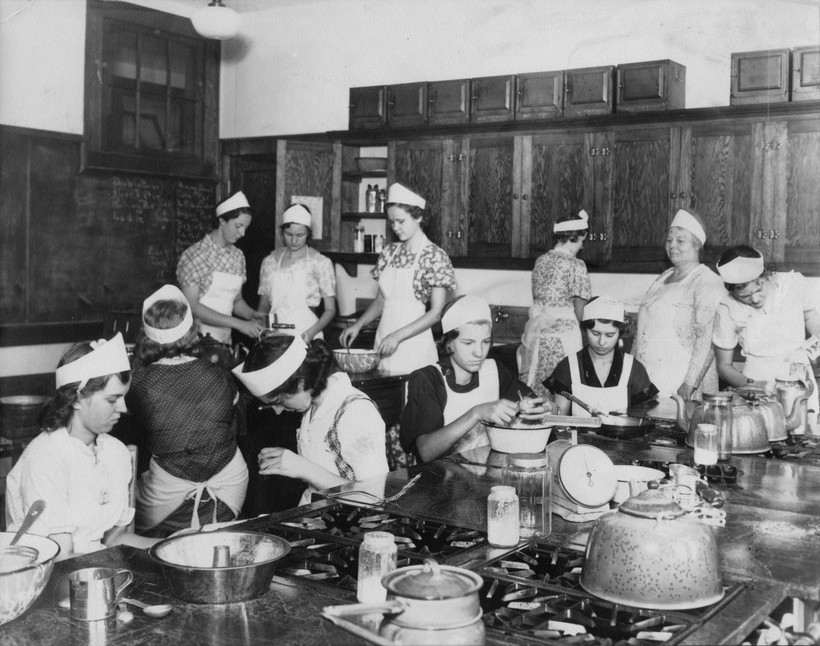 What Can Home Economics Teach Kids? A Lot, Professor Says

When students walk into the first week of professor Marti Harvey’s class, they expect to start learning the basics of journalism — what they get is a lesson in home economics.

Something they all sorely need, the University of Texas at Arlington professor of journalism said.

"I remember asking them to write a story, it was a city council meeting and taxes were going to increase," she said. "And so they needed to give an example of how the average tax increase would affect the homeowner. And they were not able to figure that out."

What they were missing was basic financial literacy. So Harvey took a page from home economics classes and introduced a life skills week to her class, based on her belief that to be a good reporter, you need to know the basics of life.

"These classes take into account science, math, your liberal arts skills, it teaches you critical thinking ... also teamwork with the students having to do something together," she said.

"Students are kind of taught to the test and they're not really given opportunities like 4-H, or home ec or shop class as much because they need to meet these milestones that are set with the test," she said.

Not that STEM classes aren't important — because they are, Harvey said — but there needs to be more of a balanced approach so that after graduation, students know how to cook good meals on a budget, understand property taxes and loans and even mend a pair of pants.

"We tend to be a society of extremes," she said. "Right now we're trying to send people into STEM kind of careers. However, I think administrators and legislators also need to think about people coming out of high school or even college without the ability to manage their money and to know how to lead a productive life."

Critics argue that skills learned in home economics could be taught by parents, or could be found in books or on the internet.

"But another thing I've also found is that a lot of affluent families do so much for their kids that their kids are not given an opportunity to learn to do things," she said.

And while Harvey acknowledges it’s true you can get information online, it misses the lessons that come from working with others and learning skills you wouldn't seek out on your own.

Part of the problem is the perception of home economics classes, Harvey said. Many still associate it with its baking, sewing and typing days of the 1950s and 1960s. Or in short, how to be a good housewife.

But at its heart, it’s about learning how to be a productive adult, she said.

"If students really knew what it was, it would be more appealing for them, and if parents realized how much it affected them once they got out of school, I think parents would be all for it," Harvey said.

Why Home Economics Class Needs To Make A Comeback 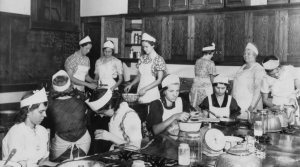 If your local high school still offers a home economics class, it's likely an abbreviated offering or maybe wrapped in to another classes agenda. We hear from a professor who sees basic skills and understanding like having one great go-to meal or understanding how interest builds up on a credit...