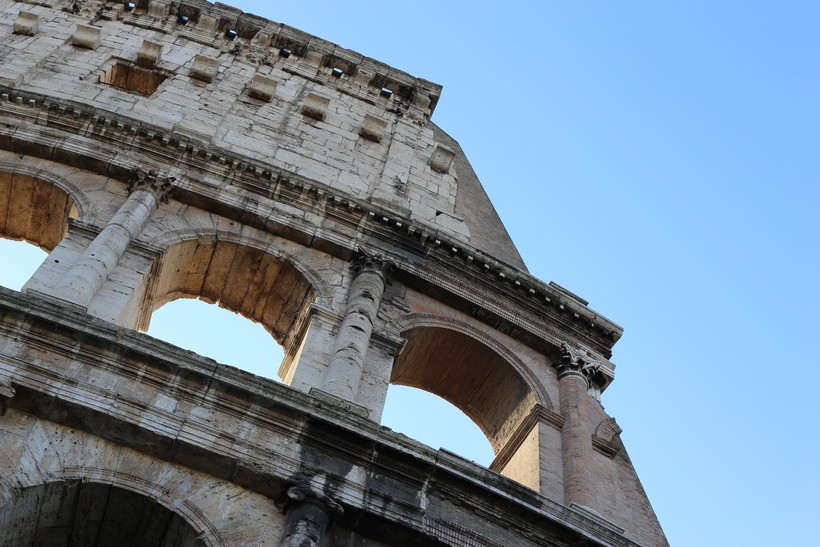 What Can Ancient Rome Teach Us About Modern Politics?

One of the most dramatic episodes in the history of Ancient Rome was the day Cicero, the consul of Rome, denounced his enemy Cataline on the Senate floor. He accused Cataline of a terrorist plot to overthrow the state, and arrested Cataline’s accomplices, who were later executed without trial.

This action had no precedent: According to the renowned Cambridge University professor Mary Beard, "one of the absolute foundations of Roman citizenship was the right to a fair trial."

Perhaps the world’s most famous classicist, Beard begins her new history of ancient Rome, "SPQR," with the story about Cicero. She isn’t the only contemporary figure who cites that famous speech: Sen. Ted Cruz once quoted Cicero’s speech on the U.S. Senate floor when he accused President Barack Obama of overstepping his constitutional authority on immigration reform.

For Cruz, this was an instance of modern treason. But Beard finds deeper and more complicated lessons from Ancient Rome. Cicero was at first hailed as a hero for foiling a terrorist plot, but then doubts emerged about the legality of those arrests, and Cicero himself was later forced into exile when he faced the charge of executing Roman citizens without trial.

"For me it’s a wonderful moment — a kind of puzzle and conflict that we still face," Beard recently told Anne Strainchamps.

What modern parallels do you see in the story of Cicero’s attack on Cataline?

How far is it legitimate to suspend civil liberties in order to protect the state from terrorism? We don’t know, and the Romans didn’t get that sorted out either. They were as puzzled as we are. When the British government decides to "eradicate" a British citizen fighting for ISIS in Syria, we still have debates about whether that was a legitimate thing to do. Anybody who thinks they’ve got it sorted is kidding themselves.

We don’t often debate this by referencing what happened in Ancient Rome, and perhaps we should. Are there lessons to be learned or is that too simplistic?

It’s a bit simplistic. Classicists like me are always wanting to show there are real lessons to be learned from the Romans. They’re never quite as simple as people would like to make out. We’re living in a very, very different world. But I think Roman history is a consciousness-raising device. As we read Cicero, as we think about the puzzles they faced, we can learn to think about our own difficulties and conflicts more deeply. We don’t usually refer to Cicero when we talk about terrorism, but it’s striking to me that the very first words of Cicero’s speech in which he denounced Catiline — "How long, Catiline, will you go on abusing our patience?" — those words are still used in political debate.

How much of the Roman Empire’s collapse can we blame on corruption, internal rot and tyranny run amok?

That’s always been the big question, back to Gibbon’s "Decline and Fall of the Roman Empire." There have been any number of answers, some of them mad and some of them quite sensible. Was it corruption? Was it inflation? Barbarian invasion? Too much sex? Was it lead in the water pipes? Actually, no one’s ever nailed it. We have this picture of civilized Rome being taken over by nasty barbarians who destroyed the great wonders of the classical world — you know, Attila the Hun and the Vandals. The Vandals were perfectly decent people, but we still use the word "vandal" to mean wanton destruction. That is simply not what happened. Almost all of these barbarians who destroyed classical culture were Christians, just like the Romans at that stage, and what they really created was a whole series of mini-Romes, where they developed the idea of Roman law and wrote Latin poetry. They were still using and adapting classical Roman culture.

I’m living right now in a contemporary empire — the United States of America — and there’s a pervasive feeling that perhaps we’re seeing the beginning of the end of the American Empire, and that story of the Fall of Rome exists as a cautionary tale. So it’s fascinating to hear you say, maybe it wasn’t so bad.

It wasn’t so bad. I mean, there are big debates about this, but first of all, it’s transformation more than fall. And I think what the Romans would’ve said to America is, "Look, there’s actually a strange natural life cycle of empires. Every empire rises and eventually falls. There’s no way out of that." And there’s a very poignant story. When one of Rome’s most successful and vicious conquerors, Scipio, had just destroyed Rome’s great enemy, Carthage, he was watching the flames devour this once great city and the guy standing next to him notices that he’s crying. He asks Scipio why he’s crying, and Scipio quotes a line from the Greek poet Homer’s account of the destruction of Troy. He replies, "That’s going to happen to Rome one day, too."