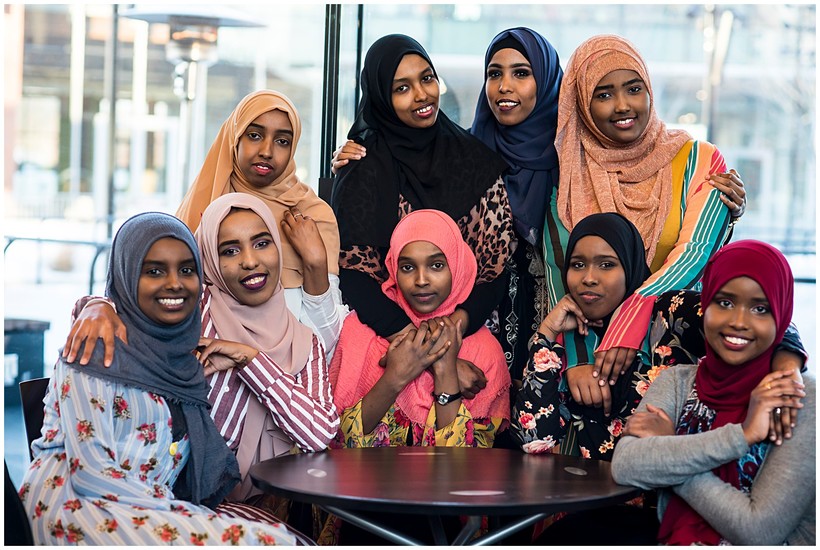 Najma Hussein writes that after a group tied to al-Qaeda showed up in Mogadishu, Somalia in 2009, nothing was safe. When her family fled to the United States, they left behind a big, beautiful house with a garden in the back. But the house showed traces of gunshots. War had destroyed it.

A letter from Zamzam Nur to her 12-year-old self warns that when she arrives to Somalia, where her family is originally from, after having grown up in Minneapolis, her heart will be broken when she sees starving people outside of a dilapidated airport. 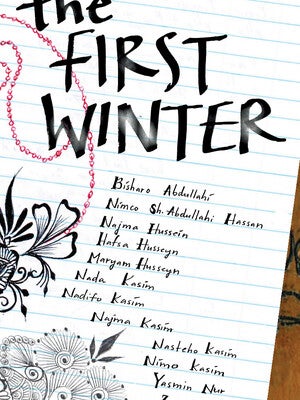 Nada Kasim reveals in a poem all the things she might not have had: a blanket of her own, delicious food, a lot of clothes or a fancy house. But the blanket was warmer when shared with family, she writes. Special food tasted better during holidays and she was ecstatic when she finally did get a new dress. In the poem titled, "What We Had," Kasim writes, "I might have missed my home country, but at least I wasn't afraid of losing the people I love."

These are some of the stories, poems and letters from 12 Somali girls and women ages 15 to 25 in a new book, "The First Winter." The book is available through its publisher, Two Shrews Press. Some of the women represented are part of a group called the United ReSisters; Kasim, Nur and others have been working on the book for the past two years about their experiences as Somalis settling in Green Bay.

Nur said the book is one way to help people become aware of Somali beliefs and heritage because their presence in Green Bay is relatively new and their culture there is somewhat unknown.

United ReSisters is a grassroots organization that began in April 2017, Nur explained. The goal is to connect Somali women with others in the community to build friendships and support systems. Participants meet every week over tea and snacks, and do activities together such as art.

In the forward of the book, Green Bay Area Public Schools Superintendent Michelle Langenfeld is quoted saying, "I am proud to be part of the educational and broader community system that is contributing to the hope, safety and well-bring of the young women who share their stories in these pages."

Leaving war behind in search of peace, Kasim said she found the community of Green Bay welcoming and loved her experience in the school system, where she met teachers and students willing to help her learn English. She was a sophomore at East High School during her first year in Wisconsin.

She found clothes a little bit tougher to come by and ended up getting a sewing machine to create clothes she could wear, much like her father did back in Somalia. Her family was separated from him for 11 years. Both she and Nur found reactions to their hijabs — a head covering some Muslim women wear in public — a little bit surprising.

A lot of people stare. Children will often ask, "Mommy, why is she wearing that?" Nur said.

Both women said they would prefer if people came up to them and asked about the hijab instead of making assumptions.

Kasim might give you a response such as what she wrote in the book: "Hijab isn't just about wearing a scarf on my head," she said. "It's about covering my body with loose clothing in order to concentrate on becoming who I am within. True hijab comes from inside, just as true modesty comes from within." 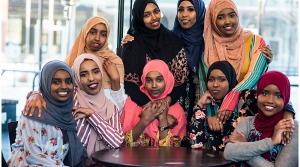 For the last two years, the United ReSisters of Green Bay have been highlighting the city's growing Somali population. A new book from twelve of the city's Somali women highlights the immigrant experience. We talk with two of the authors about finding a home in Wisconsin.