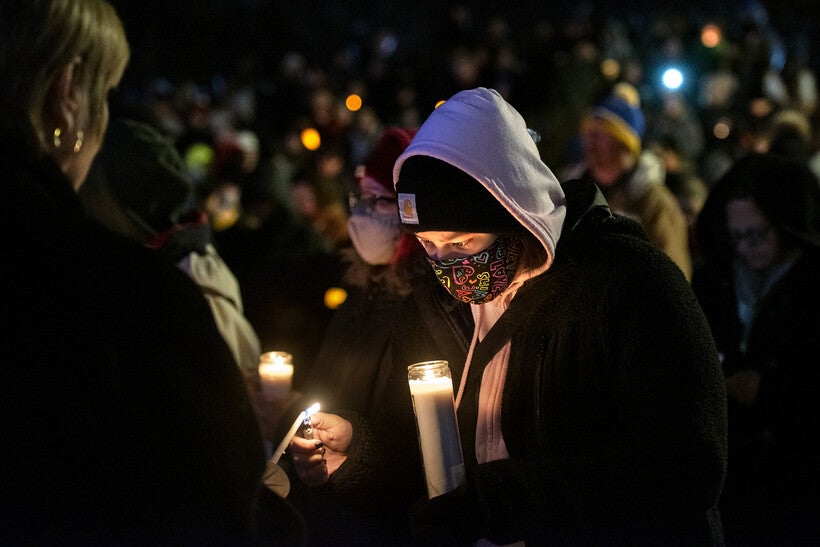 Jennifer Martinez of Waukesha, Wis., lights a candle during a community vigil Monday, Nov. 22, 2021, at Cutler Park in Waukesha, Wis. Martinez’s family member present at the Christmas parade was able to leave unharmed. “It brings me joy to see everybody here,” she said referring to the crowd present at the vigil. Angela Major/WPR

'We are thankful we are all in this together': Waukesha unites in wake of tragedy at holiday parade

One of several vigils for those injured and killed during the Waukesha Christmas Parade drew a somber, sometimes tearful, crowd Monday evening, roughly 24 hours after the normally festive event turned disastrous.

Shortly after 4:30 p.m. Sunday, a driver barreled through street barriers and drove through the Waukesha Christmas Parade downtown, killing five people and injuring 48.

During a vigil Monday night, a large crowd — many with candles or cell phones to "spread the light" — huddled outside in the cold at Cutler Park, less than a mile from the previous night's tragedy. The crowd heard prayers from clergy as they mourned those lost and talked about finding a path toward healing.

The Association of Waukesha Congregations hosted the vigil.

"I've been struggling all day just going through the 'what ifs,' and the 'why and how?' Just everything," said lifelong Waukesha resident Jamie Brown-Boyd as she sat on a park bench during the vigil next to her husband, James.

James was also wondering how things could have been different if the driver of the SUV had taken another path.

"If he would have veered left instead of right, we would have been hit. That’s how close it was," James recalled.

The victims killed in the incident are: 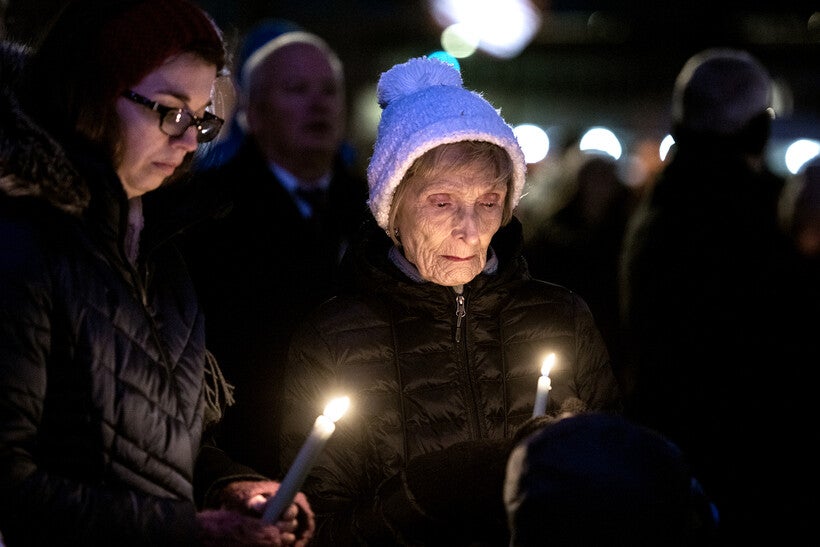 Waukesha Police Chief Daniel Thompson identified Darrell E. Brooks, 39, as the person who drove through the parade. Brooks was taken into custody shortly after the incident, Thompson said at a press conference earlier Monday. The police department is referring five counts of first-degree intentional homicide to the district attorney's office and additional charges based on the investigation could be forthcoming.

Officials from Waukesha Mayor Shawn Reilly to Gov. Tony Evers have decried what happened as a "senseless act" difficult to comprehend. Many at the vigil expressed these same feelings.

"We are parents. We are neighbors. We are hurting. We are angry. We are sad. We are confused. We are thankful we are all in this together. We are Waukesha strong," said Medina-Roddy. 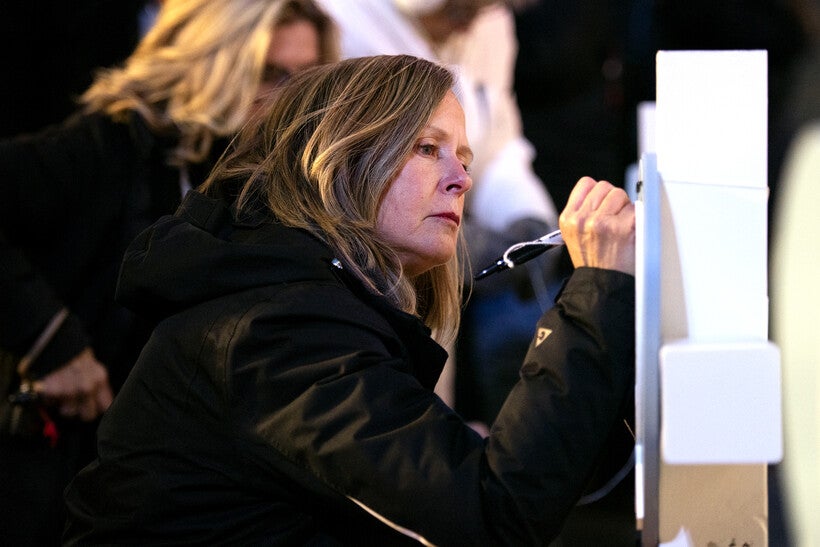 Samantha Stevens and Khang Ngyuen, a couple who recently moved to Waukesha and will be celebrating their first Christmas in a new city, were not at the parade but made a point of attending the vigil. They had intended to go to Sunday's parade, but were late so decided against it, only later finding out what happened.

"It was scary for us. Something could have happened to our baby, or us. We were very glad we weren’t there, but it’s a very sad situation," said Stevens. "We wanted to show sympathy for the community. This is a great community, and we want to be here for everybody."

U.S. Sens. Ron Johnson and Tammy Baldwin along with Rep. Scott Fitzgerald, whose district includes Waukesha, were at the vigil.

Other vigils held Monday included gatherings by Carroll University, the Catholic Community of Waukesha and more.