Skip to main content
Sharon, WI
'The Way The System's Set Up, It Actually Isn't Set Up To Rehabilitate People'
Jonathan Correa
Listen
Jonathan Correa
Home
/
Beyond The Ballot
Monday, April 2, 2018, 8:00am
By
Hope Kirwan
Share:

Jonathan Correa, a 28-year-old farmer from Sharon, Wisconsin said he cares about reforming the criminal justice system and specifically, offering more help for people transitioning back into society after incarceration.

For Correa, the issue hits close to home.

"I have a family member who made some bad decisions when he was younger," he said. "Since he was incarcerated, he's had a tough time re-acclimating to society. 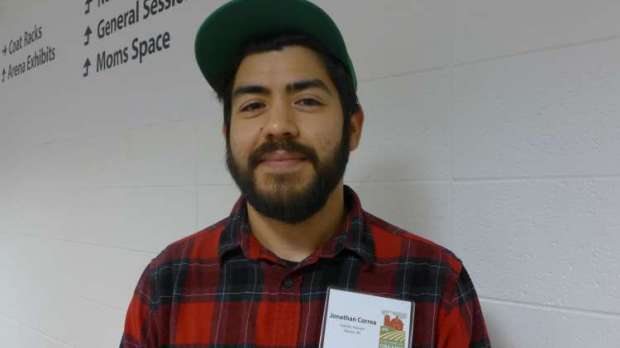 Correa said he believes that the justice system isn't set up to rehabilitate people, and can have negative consequences.

"They're not prepared to be put back into the general public and that can set them up to go back into incarceration," he said.

He said he would like to see leaders make reforming the criminal justice system a priority.