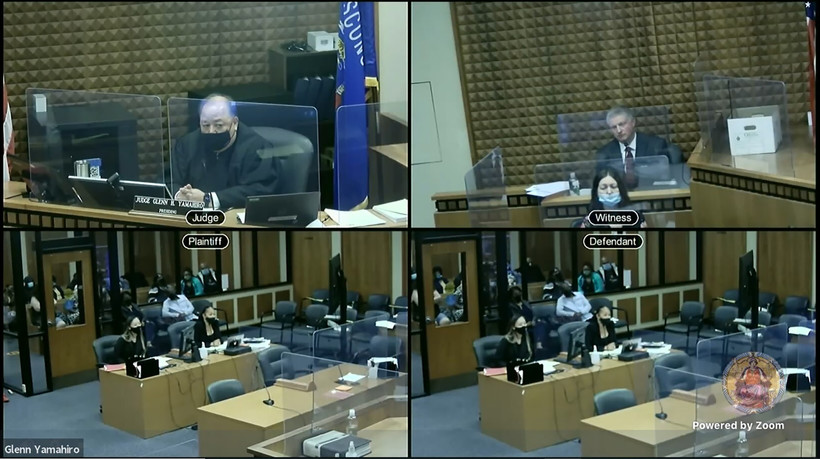 Chief Says He Considered Shooting Victim Armed Even Though He Wasn't Holding The Gun
By Corrinne Hess
Share:

After being subpoenaed during a John Doe hearing against a former Wauwatosa police officer who shot and killed three people in a span of five years while on duty, Wauwatosa Police Chief Barry Weber testified in court Tuesday.

It's the first time in the case against former Wauwatosa police officer Joseph Mensah that Weber has had to publicly testify.

For more than an hour, Weber responded to questions about the fatal shooting of Jay Anderson Jr. in 2016, who Mensah shot six times.

Weber told the court Mensah had a right to shoot Anderson because he was armed. But after several minutes of back-and-forth with Anderson family attorney Kimberley Motley, Weber conceded Anderson's gun was next to him, not in his hand.

"I consider Anderson armed, he had that weapon right next to him within his reach and was reaching for that weapon," Weber said, "He was an armed subject, yes, and he refused to follow the officer's directions."

During the 2016 incident, Mensah approached Anderson at around 3 a.m. while he was sleeping in his car at Madison Elementary School in Wauwatosa. Mensah noticed Anderson had a handgun in the front passenger seat. Mensah drew his weapon and ordered Anderson to put his hands up. But instead Mensah said Anderson reached for this gun. A toxicology report found Anderson to be legally intoxicated. His family's attorney says Anderson wasn't reaching for his gun, but was tired, and his hands were falling forward.

The Wauwatosa Police Department did not have body cameras at the time, but Mensah’s dashboard camera was activated.

During Tuesday's hearing, Motley said she's requested several hours of footage from the dash cam but only received about six minutes. She's also asked for video footage from Madison Elementary School but never received it. That footage no longer exists, according to the Wauwatosa Police Department.

Motley questioned Weber about Mensah’s mental stability and why it took so long to internally investigate the Anderson case.

Weber said he believed Mensah was fit to do his job.

Mensah was cleared by Milwaukee District Attorney John Chisholm in all three on-duty shootings, but Anderson's family is asking a judge to independently file criminal charges against him.

Mensah has since resigned from the department and is now working for the Waukesha County Sheriff’s Department, a job Weber recommended him for.

In his recommendation, Weber wrote in the three shootings Mensah "had been confronted by a person who was arrested and refused to put down their weapon."

Lt. Joseph Roy was also subpoenaed to testify Tuesday. Roy conducted interviews with witnesses in the hours after the Anderson shooting, even though officers from the Milwaukee Police Department were being sent to investigate.

When questioned by Milwaukee County Circuit Court Judge Glenn Yamahiro about why Roy was interfering, the officer said since his department couldn’t officially declare Anderson deceased, he didn’t feel that he was interfering.