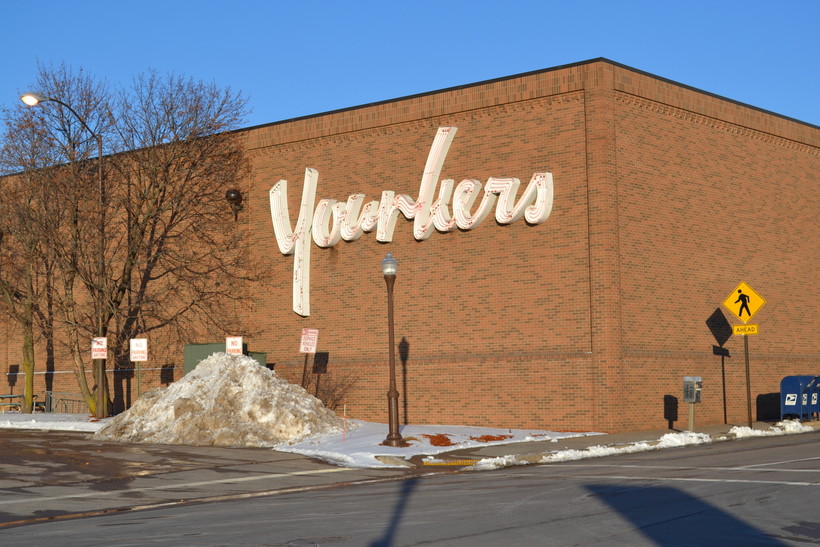 The closure of the Younkers store in Wausau leaves its struggling downtown mall with no anchor stores. Glen Moberg/WPR

The decision by Bon-Ton Inc. to close nine stores in Wisconsin has hit the city of Wausau particularly hard.

With sales declining, Bon-Ton announced Wednesday it will close 42 department stores by the end of 2018.

The closure of Younkers in Wausau now leaves the city’s struggling downtown mall with no anchor stores.

Bon-Ton, with headquarters in both Milwaukee and Pennsylvania, operates several department stores in Wisconsin including Younkers, Boston Store and Elder-Beerman.

While the company first announced its intent to close several stores in November 2017, Mayor Bob Mielke said he was surprised by the announcement.

"It’s been a heck of a day," Mielke said. "We were told … at about one o'clock, the same time it was made public to everybody else. So while it's not a surprise, it is a surprise. It's disappointing. You know it's just another saga in this chapter."

Mielke admitted he had no immediate answers.

"The mall needs to reposition itself. It's still a very viable building, probably not for a full retail, but there are still things that could be done with it," Mielke said. "You know the city still supports the owners of the mall, and at this point we'll just have to sit back and see what happens."