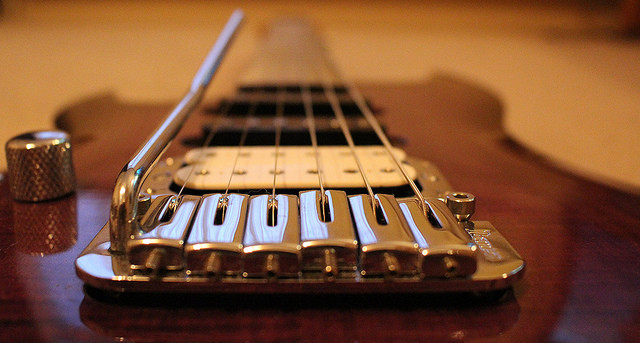 The Festival Would Be Nation's First Large-Scale Concert Event Since Pandemic Began
By Rob Mentzer
Share:

An outdoor rock festival in central Wisconsin would be the nation's first large-scale concert event with touring bands since the coronavirus pandemic began.

The July Mini-Fest at the Q&Z Expo Center outside of Wausau is a three-day concert featuring rock and metal bands scheduled to happen from July 16 through 18 in the town of Easton. The event, which goes against public health guidance intended to slow the spread of COVID-19, was announced Wednesday. It has been the subject of controversy and has been covered by national music media.

Organizers are moving forward despite public health recommendations, and say some 2,500 fans are expected at the event.

The event was initially billed as "Herd Immunity Fest," a reference to its rural, cow-pasture setting, as well as to the spread of the deadly disease. Herd immunity is when a majority of a population is immune to an infectious disease.

The name, which was widely seen as insensitive and inappropriate, prompted two bands to pull out of the event. In response, Q&Z owners posted on Facebook that the name "Herd Immunity Fest" would "no longer (be) tied to any of our social media or promotion." They did not apologize or otherwise acknowledge the change.

The venue is owned by Peggy and Andy Olson. Peggy declined to comment about health precautions the venue will take to protect fans and artists involved with the event.

In online posts, Peggy has claimed that the venue's outdoor capacity is 10,000 people, and that selling only 2,000 tickets ensures that social distancing will be possible. They later told Marathon County officials they expected 2,500 people at the event.

But the venue has never hosted a concert with 10,000 or close to it. Marathon County officials, who reached out to the venue after it announced the festival, are only now reviewing whether it's in compliance with regulations for hosting campers.

Rebecca Frisch is the director of zoning for Marathon County. She said county officials are reviewing relevant zoning and health ordinances and expect to meet with the owners early next week to review any changes they need to make to be in compliance with county regulations. Since the Wisconsin Supreme Court struck down the state's stay-at-home order, the Marathon County Health Department has issued its own local order, but its provisions are recommendations and do not include penalties for noncompliance.

However, some zoning regulations and Health Department rules about camping and serving food and alcohol outdoors may apply.

One of the bands that withdrew its participation in the festival is the Florida-based band Nonpoint, which has performed at the venue in the past. In an interview with the music site Loudwire, Nonpoint frontman Elias Soriano said the band was assured the venue would take health and safety precautions. He also said he and other members questioned those commitments when they learned that the festival was being promoted as "Herd Immunity Fest." Soriano, who said a band member's grandmother recently died from COVID-19, said he takes the risks of performing seriously and believed the concert venue did too.

Public health officials say outdoor transmission of the virus is relatively rare. But the Centers for Disease Control and Prevention classifies "large in-person gatherings where it is difficult for individuals to remain spaced at least 6 feet apart and attendees travel from outside the local area" as the "highest risk" type of event.

In accordance with public health recommendations, summer festivals and concerts across the nation have been canceled or postponed. In Wisconsin, that includes Milwaukee's Summerfest, Oshkosh's Rock USA, Cadott's Country Fest and Rock Fest and numerous others. In May, the Hodag Country Festival had its permit application approved by the Oneida County Board, but the organizers of the 16,000-person Rhinelander festival announced the next day that they would cancel the 2020 event.

Marathon County had 137 cases of COVID-19 as of Thursday, and new infections have been rising. County health officials say new infections are most concentrated among those ages 20 to 29.

In their social media posts about the event, Q&Z Expo Center owners have not said whether bands or attendees will have their temperature taken; whether masks will be encouraged or provided; whether there will be sanitation stations at the outdoor facility; or whether social distancing will be enforced.

Six artists and booking agents contacted by WPR did not respond to messages seeking comment.

It's not the first outdoor concert the Q&Z Expo Center has held since the pandemic forced most music venues to cancel shows due to the risk of spreading the disease. On June 3, the venue hosted a concert by Ted Nugent that was a rally and fundraiser for the right-wing group Hunt the Vote. At that event, attended by hundreds, rows of chairs were packed tightly together on the venue’s outdoor lawn.

Among the artists set to perform at the July event are the metal bands Dope, Riding with Killers and Static-X, a Los Angeles-based band best known for its 1999 album "Wisconsin Death Trip."