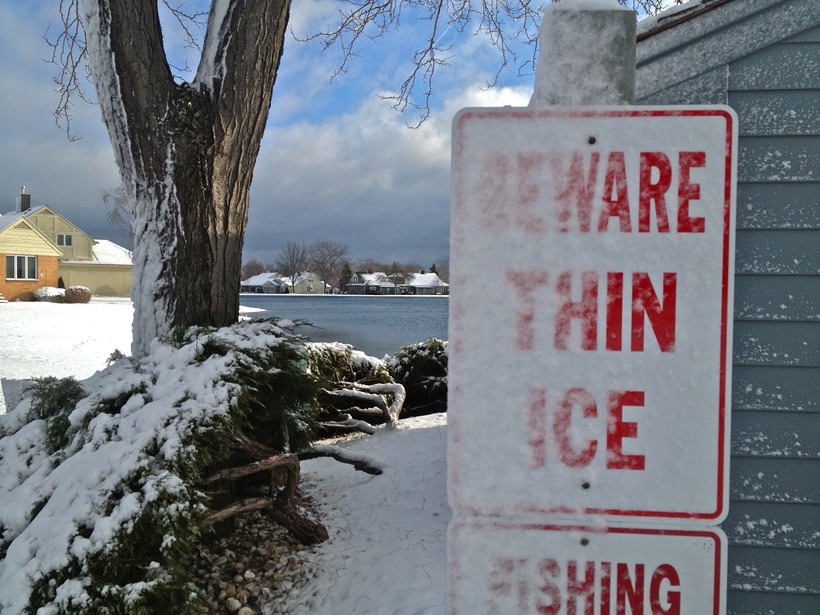 Wisconsin's ice fishing season is off to a slow start. While some smaller lakes up north have enough ice to safely accommodate fishermen, many larger ones like Winnebago are still open water.

Shawn Wendt with the West Shore Fishing Club near Fond Du Lac said club members all have one question:

"'So when do you think it's going to freeze over?'  Like I would know, you know? They're just anxious to get out," Wendt said. "Usually between the holidays is a good time, people got off work and they want to get out there. So they're itching, you know? There's nothing you can do. You've just got to take it day by day and hopefully get some cold weather."

With nighttime temperatures of zero and daytime highs in the teens Wendt said ice forms quickly.  He expects ice will be safe in time for February's sturgeon spearing season on Winnebago.

Meanwhile, farther north, shanties are now out on Lake Hayward, according to Robert Schuster, manager of Hayward Bait and Bottle.  Normally though, he said, ice is thick enough by the end of November; this year it was slower in forming.

"It's made it unseasonably slow in the shop compared to a normal year," he said.

Schuster said ice fishers like to hit the lakes as early as possible, because species like walleye move into deeper water as it gets colder.  He reminds customers that no ice is safe ice so they should use the buddy system.

Two fishermen died on Sunday after falling through ice on the Glen Loch Flowage north of Chippewa Falls. The Wisconsin Department of Natural Resources strongly recommends checking with local fishing clubs or bait shops before venturing on any ice.