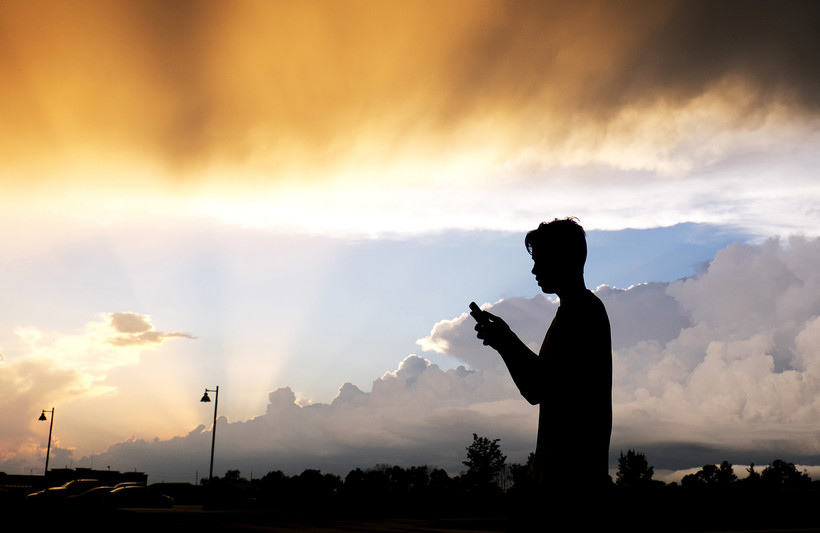 Want The Internet To Be Less Mean? Think Before You Share

Fun can be had on social media.

Remember Laurel? Or was it Yanny?

Unfortunately, another omnipresent feature of social media is targeted harassment. According to a recent Amnesty International report, female journalists are attacked on Twitter "approximately every 30 seconds."

When we hear figures like that, we often think of what internet folklorist and online culture scholar Whitney Phillips describes as social media's "apex predators" — people who make headlines for saying outrageously awful things online. But trolls need masses to like, retweet, share, subscribe and spread their hateful content. In that, some of us might be complicit in the wider trolling ecosystem.

"There are certain people who wake up in the morning and make a decision that they are going to antagonize and harm others," said Phillips, speaking to Anne Strainchamps for "To the Best of Our Knowledge." "But a huge problem is the number of people who behave in ways that result in harm, even if that's not what they think they're doing, even if that's not what they set out to do."

So what can we do about it? Philips says that the current infrastructure of the social internet lacks an important feature — something, anything, encouraging us to make more ethical decisions. Someday, that might be the selling point of the newest social media platform, but for now, we have the basic tenets of an internet code of ethics, courtesy of Phillips.

These adapted transcript highlights have been edited for brevity and clarity.

1. The internet is a noisy place of nonsense devoid of context. It can be fun, but if we want less toxicity, we need to think before we share.

Whitney Phillips: There have been times when I've jumped into a conversation midstream, not really knowing what the full context was. I have retweeted things in order to criticize, or even make fun of them.

I have posted memes before in my life.

I have posted GIFs before in my life.

It's so easy to accidentally engage in problematic behavior or behavior that could harm directly or indirectly — we don't ever have to see what the full repercussions of our behaviors are (online).

I think thinking about those more everyday behaviors as important, just as it's important to think about the true bad actors — the ones who really want to cause harm. We don't have control of what the bad guys do, but we do have control over our own behaviors.

2. This is a bigger problem than people having the wrong tone in how they speak to one another.

WP: I think that civility is sort of a tricky concept. Oftentimes civility gets used as a way to sort of silent dissenting speech. That is, someone raises their voice and you say, "You're being uncivil."

"I don't want to listen to your grievance. So be civil."

So it's not civility that is what's lacking online. I think it's ethics. I think it's thinking about the full implications of our everyday behavior.

3. Posting about something just to make fun of it? You're part of the problem.

WP: A lot of people on the left — a lot of academics, even — spent their summer posting an apparently sincere QAnon conspiracy theory in order to make fun of it.

You know, simply by engaging with it to make fun of it or to critique it or any of that, it makes the story bigger, and widens the gulf between people who could potentially have meaningful conversations.

On the fringe, people are going to do what they're going to do. But a lot of people — moderate conservatives — would be so angered by the liberal impulse to call Trump supporters stupid and crazy and all those derogatory words that (they are) less likely to have moments where you can potentially find common ground.

4. Getting put into us versus them silos discourages thoughtful discourse.

WP: I'm not saying that you need to like make best friends with Nazis. That's not it at all. But there are people who are actually not too far apart from each other on the ideological spectrum. But because a lot of these behaviors force you to join teams, it means that we're not going to be able to connect within the realm of reasonable discourse.

The stuff that is most popular online, the stuff that online platforms privilege — "algorithmic docent-ing" is what I call it — those things tend to be the most partisan, the most extremist content. That content is best for social media platforms' business. And it's also best for journalists' business.

There's lots of reasons why people get pushed into these various silos. And when you get put in those silos, then the other person becomes the enemy, and then you're thinking even less about reaching out. And we end up — for a variety of reasons, not having anything to do with us being bad people — we just engage in behavior that's not very thoughtful.

WP: It's that moment of saying, "Do I take responsibility for this? Am I willing to own this?"

I think that if you really start reflecting on it, so much of the stuff that we post is just maybe not super necessary. And might potentially have some ethical complications.

It's not that every GIF, every meme, every silly joke that we post will cause harm. It's that most of the things we do online could potentially.

Another important question to ask when people are kind of doing this ethical gut check is, "What do I not know about this piece of content, or about this story?" Because often ethically problematic behavior results from not having the full picture of what you're looking at. And so asking, "What do I not know?" (becomes important).

So if you're talking about posting a meme, for example, or a single image or a reaction GIF, ask, "Do I know if this person gave consent? Do I know how this meme has impacted this person's life? Do I know the full story so that I can make a responsible decision?" And If you feel you do, then by all means post something.

WP: My concern is with people who post stuff online and — if they face any backlash — they throw their hands up and say, "I was just joking" or "I was just trolling."

Well, you may have been, but other people online? They can't read your mind and it shouldn't be their job to. So if you're going to say something, stand behind it.

I don't want there to be an extreme overcorrection to where no one ever tells a joke ever and everything is always very serious. But where we are is dangerous, and it's ugly and it is bad for democracy.

Online spaces sort of trick us into thinking we don't need to do the kind of ethical reflection we might do in person. And so make the extra step to just do that. And it just it doesn't take very long. And it's a small thing, but I think that change could be cumulative over time.