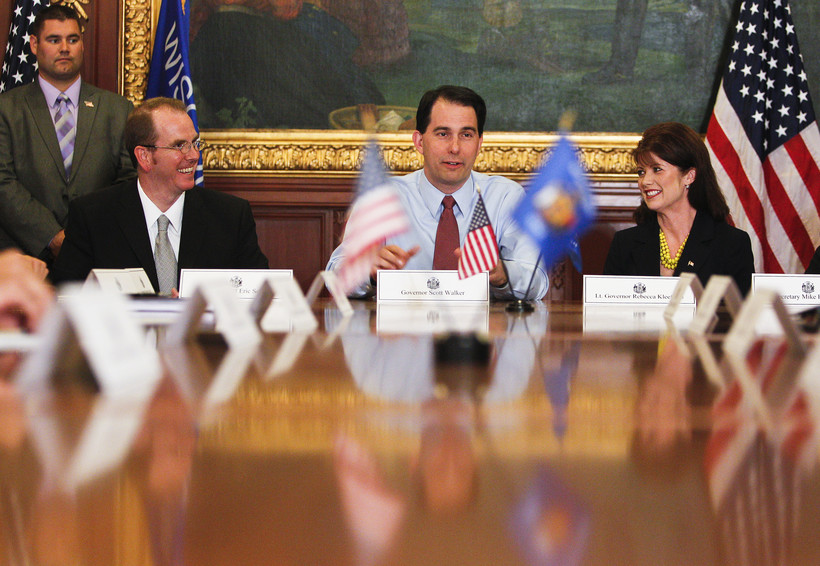 Gov. Scott Walker's former chief of staff is returning to the position he left in 2015.

Walker announced Tuesday that Eric Schutt will replace Rich Zipperer as chief of staff starting April 2. Zipperer is joining the Public Service Commission, where he will fill a vacancy created after Walker appointed Ellen Nowak to be his top aide.

Zipperer had been chief of staff since September 2015, taking over after Schutt left.

Schutt was a member of Walker's original administration, first working as deputy chief of staff before taking over the top slot in September 2011. Since he left the post two and a half years ago Schutt has been working for UnitedHealth Group as a senior vice president for external affairs.

Zipperer is a former state senator who first joined Walker's office in September 2012.