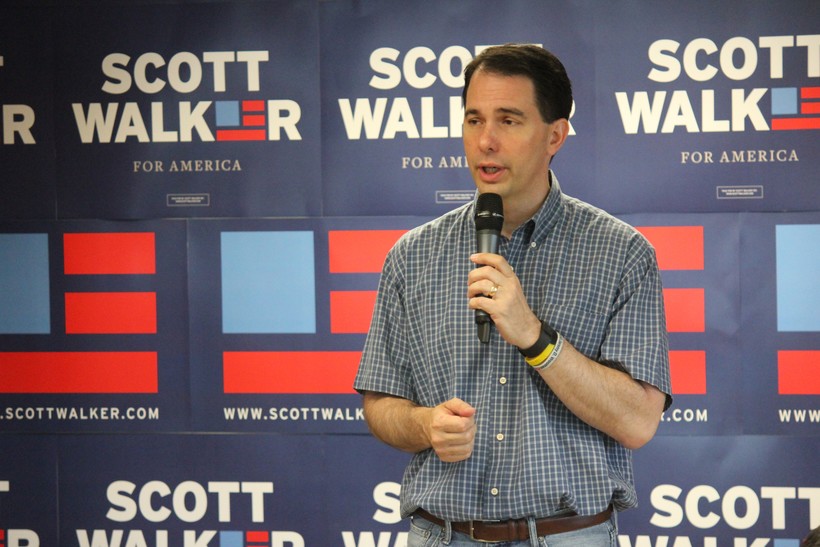 Walker's Endorsement Was Never Going To Be Trump, Columnist Says

Gov. Scott Walker’s endorsement of Republican presidential contender Ted Cruz came as no surprise but could have come sooner to help the U.S. senator from Texas defeat frontrunner Donald Trump in next week’s presidential primary, according to a local political columnist.

Walker made the endorsement on Tuesday morning, saying he supports Cruz because he’s a constitutional conservative who can take on big government interest groups and has the best chance of winning in November.

"I believe that Ted Cruz will win next Tuesday, and in doing so, I think it puts him firmly on path to getting the 1,237 delegates required to win the nomination," Walker said.

James Wigderson, a conservative columnist for the Waukesha Freeman and contributor to Right Wisconsin, said there was no way that Walker gave any serious thought to endorsing Trump, not after the exchanges the two had early on in the race when Walker harbored his own designs on the Oval Office.

"(Walker) made it pretty clear that when he dropped out of the race (last summer) that he was definitely uncomfortable with the direction that Donald Trump was going to take the (Republican) Party," said Wigderson.

He added, "Also, Donald Trump had specifically criticized Walker’s approach to how he had governed the state of Wisconsin."

The criticism intensified on Tuesday as Trump campaigned in Wisconsin before the CNN town hall debate at the Riverside Theater in Milwaukee. On his way to a rally in Janesville, Trump bashed Walker for failing to raise taxes and budget cuts to education. He later mocked Walker for wearing Harley-Davidson gear.

As for the other GOP presidential candidate, Ohio Gov. John Kasich, Wigderson said he thinks Kasich is too far behind in the delegate count to seriously contend for the nomination. At this point, said Wigderson, a vote for Kasich only spoils the best shot at defeating Trump in the Wisconsin primary. Moreover, the two governors chose different paths with expanding Medicaid in their respective states.

But Wigderson said he believes Walker held out too long before endorsing Cruz.

"He should have endorsed earlier in order to signal to the Republican establishment in the state that it was OK to accept Ted Cruz as the anti-Trump champion," he said.