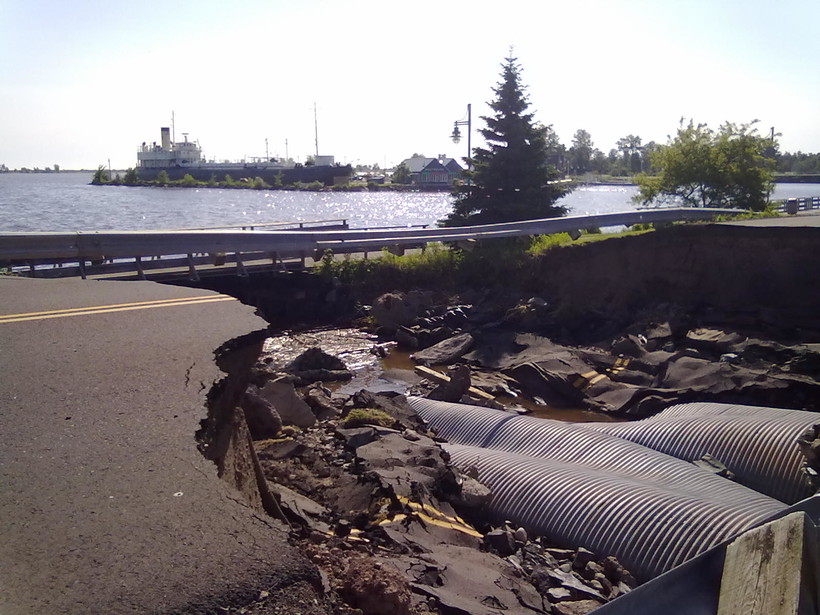 Gov. Walker saw first-hand the damage to streets, businesses and people’s homes. He says the damage is extensive: “We will declare an emergency for the city of Superior, Douglas, Ashland and Bayfield counties.”

Walker toured the Salvation Army, which had floors covered in plastic sheeting. On the walls were ruined pictures and signs from the Sunday school that used to inhabit the basement. Salvation Army Major Rosemary Mattson says the governor’s visit had a calming effect, “Right now people are unsettled. They know the damage on their property, so now he can get a full picture of what is going on here because he is coming now.”

Walker says Superior is in need of an emergency fund which would help local governments pay for repairs. There would need to be a federal declaration of emergency for individuals to receive help. Walker says a federal declaration is still possible. “The things individuals can get assistance are -- if it makes a federal threshold, which we don’t have at this time, although we are not ruling that out depending on how much information we have -- if it is your home, and the flood water is up to the door when you go to the basement: That is a disaster.”

Officials are quick to point out that water damage is not always obvious. Superior Mayor Bruce Hagen says the city needs to be placed under a magnifying glass, “To the casual eye it looks like everything is really looking good here in town but once you delve in it is evident that many people are suffering.”

Walker urges residents to provide as much information about damage as possible. He says the information will help the federal government decide how much financial help they can give.