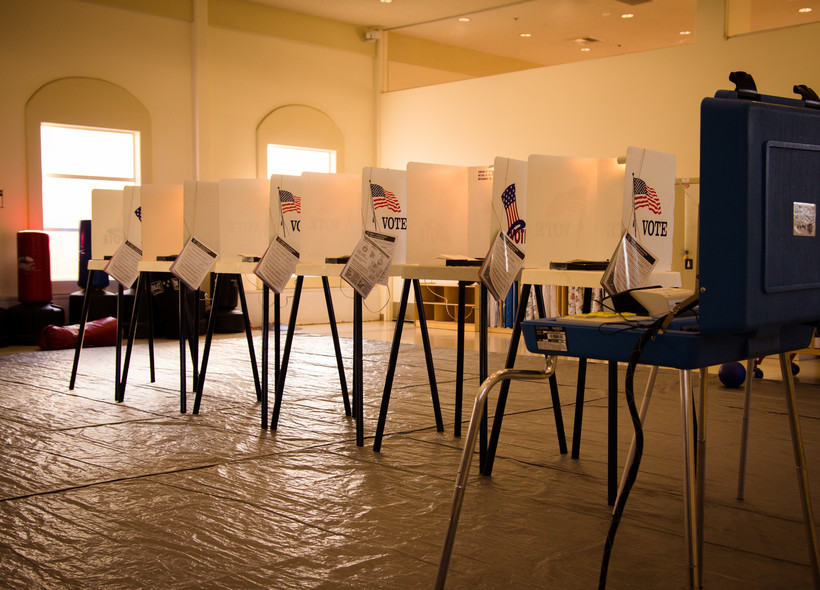 Voting Now Allowed For Those Waiting For State IDs
By Laurel White
Share:

Starting this week, people working to get the documents they need for a state-issued ID — which is now required to vote in the Wisconsin — can get a receipt from the Division of Motor Vehicles that can serve as a substitute for an ID at the polls.

The change is the result of an emergency rule approved Wednesday by Gov. Scott Walker that he says will make it easier to vote in Wisconsin. But opponents to the state's voter ID law say the new rule doesn't do enough.

In a prepared statement, the governor reaffirmed his support for the voter ID law, saying it makes it "easier to vote and harder to cheat."

"This action ensures an individual is still able to vote while they work to obtain documentation needed for a free voter ID card," Walker said.

Opponents of the law, which saw its first major test during last month’s presidential primary, aren’t convinced the new receipts will help.

"I think there are certain people who will still be excluded, even if the process works perfectly as described," said Larry Dupuis, legal director of the ACLU of Wisconsin, which continues to fight the voter ID law in court.

Dupuis said the rule won’t help people who discover they don’t have the correct ID to vote on Election Day, because it can take up to six days to receive the receipt and ID must be presented within three days to validate a provisional ballot.

He is also concerned the rule won’t do enough to help people who have variations in the spelling of their name on official documents.

Andrea Kaminski, executive director of the League of Women Voters of Wisconsin, said the new rule only "adds another confusing option to an already-confusing law."

She said the rule will do little to help if voters remain confused about the state’s voter ID requirements.

"It can only help if there's excellent voter education, public education that is provided by the state," she said.

Such education may be imminent, as the state elections board issued a request for $250,000 for a statewide voter ID education campaign on Wednesday.

The new rule applies to the petition process for a state-issued ID, which is utilized by a fairly small number of people.

According to the state Department of Transportation, only about 2 percent of individuals trying to get a state-issued ID enter the petition process because they don’t have identity-proving documents immediately available.

Once in the petition process, most receive their ID within five days. Those who have to wait six days or longer – usually due to complicated coordination with other states or other time-consuming document searches – are guaranteed a receipt.

"The people that this will primarily help are those that are born in other states," said Kristina Boardman, administrator for the Division of Motor Vehicles. "We can’t really control how quickly that other state will respond to us. This helps to streamline that process and make sure they have what's needed to vote while we continue to process their application for them."

The new rule will go into effect this Friday.

Correction: An earlier version of this story had an incorrect byline. It has been updated.