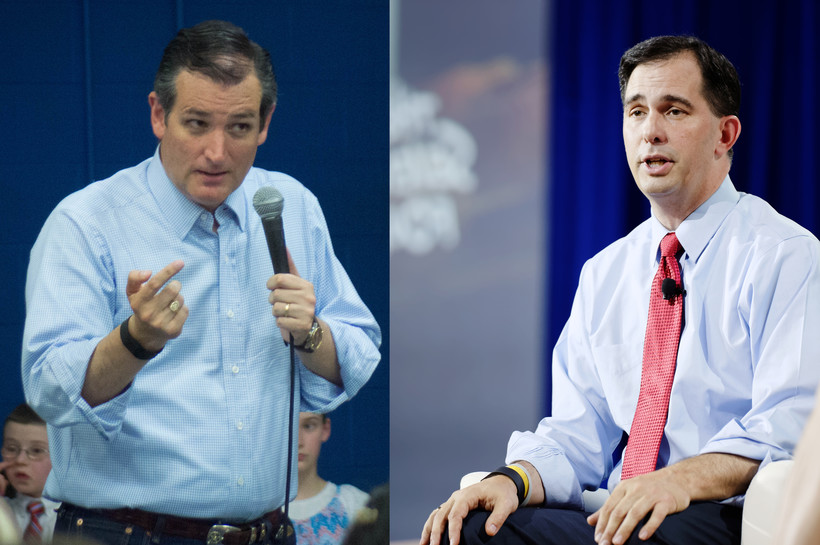 Walker Says He's 'All In' For Texas Senator
By Shawn Johnson
Share:

Gov. Scott Walker has endorsed Ted Cruz in the Republican presidential primary, saying he's "all in" for the U.S. senator from Texas.

The governor had said as recently as last week that he thought there could be an open GOP convention where the eventual presidential nominee was someone not in the race right now.  But speaking on WTMJ Radio in Milwaukee on Tuesday, Walker said Cruz would unite Republicans.

"I believe that Ted Cruz will win next Tuesday, and in doing so, I think it puts him firmly on path to getting the 1,237 delegates required to win the nomination," Walker said.

While other Republicans have couched their endorsements of Cruz in reluctant terms, Walker said it was easy to endorse Cruz, praising his work fighting immigration legislation in the Senate.

"We'd be living under amnesty right now if it weren't for Ted Cruz and his fight just three years ago," Walker said.

Walker said he would campaign with Cruz leading up to the Wisconsin primary.  Many other top Wisconsin Republicans have also endorsed Cruz, although former Gov. Tommy Thompson has endorsed Ohio Gov. John Kasich.