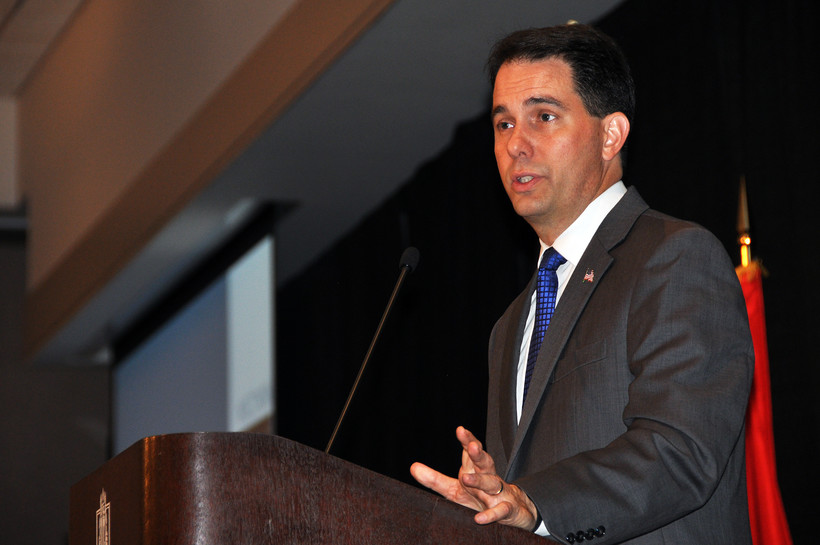 Walker's office gave no advance notice of the signings, which took place in private, but state Rep. Dean Knudson, the GOP sponsor of the bill dismantling the Government Accountability Board, took to Twitter on Wednesday morning to announce it.

Walker's office later issued a statement confirming that he had approved the Republican-backed plan to dissolve the agency and replace it with two separate commissions --- one focusing on elections, the other on ethics --- made up mostly of partisan appointees. The statement also said the governor had signed a related bill loosening many of the state's rules on campaign financing and coordination beteen politicians and outside groups.

Knudson and others Republicans have attacked the GAB for its role in a now-closed John Doe investigation into whether Walker illegally coordinated with conservative groups during his 2012 recall election. Republicans called the investigation an abuse of power by an agency that was given broad authority when it was created by the Legislature in 2007. GOP lawmakers have characterized the campaign finance bill Walker signed Wednesday as an effort to codify the court ruling that shuttered the John Doe probe.

Democrats, government watchdog groups like Common Cause, and editorial boards throughout Wisconsin have called the move to dismantle the GAB a classic case of retribution by Republicans. They noted the board was created on a near-unanimous vote by the Legislature in response to Wisconsin's legislative caucus scandal of the early 2000s, which sent leaders from both political parties to jail.

The GAB released a statement saying staff and board members plan to work with Walker's administration on the transition. Agency director Kevin Kennedy was quoted, saying, "We are professionals who care deeply about serving voters, local election officials, candidates and officeholders, and the lobbying community … Our commitment is to ensure continuity of service during the transition."

Kennedy cautioned that 2016 would be a busy year for elections.

"There are still many questions about how the transition will happen, which we hope to answer in coming weeks," Kennedy said.

The new commissions created under this law will closely resemble the Ethics and Elections Boards the GAB replaced in 2007. Backers say that's the only way to ensure a system that's fair to both parties. Critics say it will lead to a system of partisan gridlock where nothing gets done.

Editor's note: This story has been updated to include both bills signed by the gevernor.