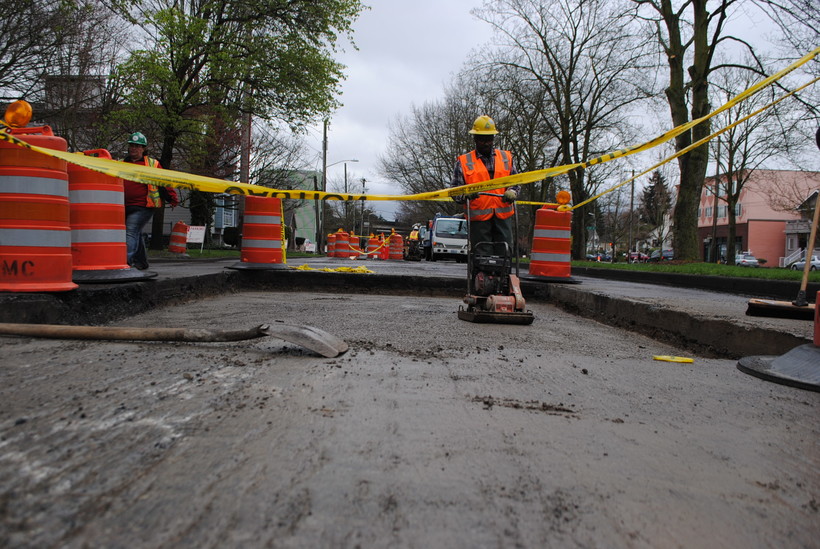 Walker Says He Would Sign Repeal Of Prevailing Wage Law

A bill calling for the repeal of the state's prevailing wage law received momentum on Wednesday when Gov. Scott Walker indicated that he would sign the bill if it should land on his desk or were inserted into the budget.

"Gov. Walker would sign a full repeal," said Laurel Patrick, Walker's spokeswoman. "This is one of a number of important issues that he is working with legislators on for the budget."

The statement came just hours ahead of Wednesday’s public hearing on the topic in the Assembly's Labor Committee. The Associated Press reported that state Rep. Andre Jacque, R-DePere, and head of the committee, said he had enough votes to approve the repeal.

"Today, Walker’s office is saying that he would sign it and that he’s been working for weeks to either reform the prevailing wage law or repeal it. That gives momentum to the folks who want to repeal it," said Patrick Marley, state Capitol reporter at the Milwaukee Journal Sentinel.

Marley said that Republicans believe the law artificially inflates wages and makes projects more expensive. Democrats, he added, are worried a repeal will scale back wages, and only further illustrates the GOP’s efforts to break up union power.

"Opponents of this say you get a race to the bottom and the last place you skimp on a public project is on the quality of work. And they say if you’re paying good wages, you can help middle class jobs," Marley said.

There have been previous efforts to repeal the law. Last month, the state Senate’s Labor Committee failed to pass a repeal of the law after a Republican state senator voted along with Democrats. The committee then debated a rewrite of the law that would have raised the threshold at which the prevailing wage law is triggered, but that too failed to pass in committee.

Marley said that most people are expecting it to be resolved one way or the other in the state budget, as opposed to state alone legislation.

"If they don't include it in the budget, it would be even harder to pass," said Marley. "So. really what the proponents of (the repeal) are hoping is that they can build momentum and then have it inserted into the state budget. It’s a lot easier for lawmakers to vote on a change like that if it’s in the budget because they can go out and tell people they voted for it but only because they liked other things in the budget."