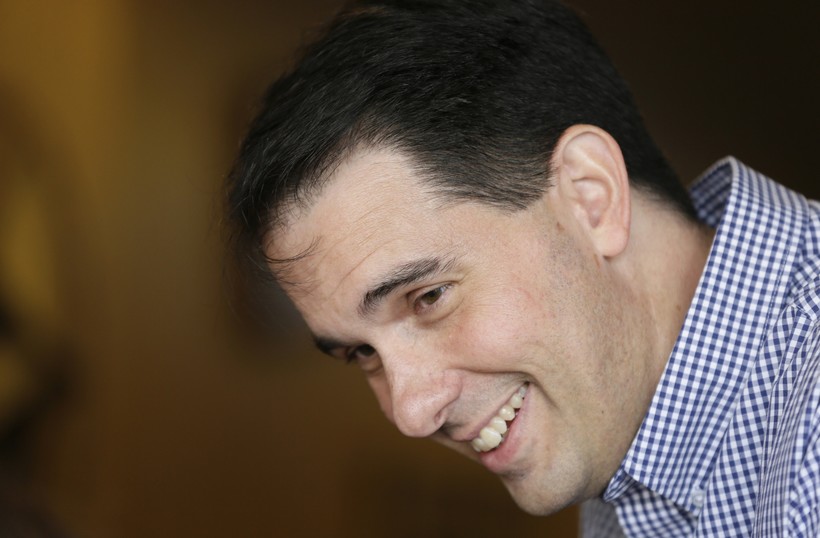 Governor Travels State To Pitch How Plant Will Help All Of Wisconsin
By The Associated Press and Rich Kremer
Share:

Gov. Scott Walker told reporters Friday that critics of the deal between Wisconsin and Foxconn "can go suck lemons."

In a stop in Eau Claire, Walker didn't mince words when he was asked by the media about environmental impacts or the $3 billion in incentives he promised Foxconn:

"But I will tell you the pattern out here is there's a whole lot of people out there scrambling to try and come up with a reason not to like this. I can tell you, that's fine but I think they can go suck lemons. The rest of us are going to cheer and figure out how we get this thing going forward."

Walker is touring the state to tout news about global electronics giant Foxconn's plans to invest $10 billion on a new manufacturing facility in southeast Wisconsin.

The Friday tour that took Walker far from where the plant is located gave him a chance to talk up how the plant will help the entire state, not just the region where it's located.

Lobbyist Bill McCoshen was Wisconsin's commerce secretary under then-Gov. Tommy Thompson. He said the tour gives Walker a chance to win over state lawmakers outside of the Milwaukee area to try and get their support for a $3 billion tax incentive bill the Legislature must pass to seal the deal.

While lawmakers have welcomed the prospect of new jobs in the state, some have been cautious of getting too excited before going over the proposed bill, which has yet to be released, with a fine-toothed comb.

When a reporter asked Walker why Foxconn left Pennsylvania and why they wouldn't do the same to Wisconsin, Walker said the difference is "simple."

"Pennsylvania changed governors. It'd be a pretty good idea not to change governors over the next couple years," Walker said.

In 2013, Foxconn said it would invest $30 million in a factory in central Pennsylvania. The plant never came to be.