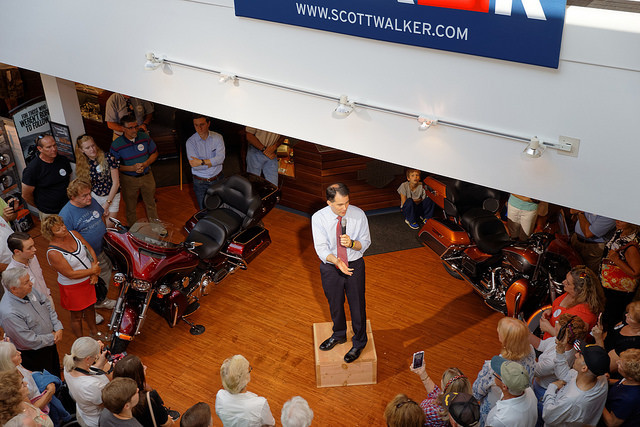 Bill's Co-sponsor, 'Extremely Optimistic' Governor Will Sign It Into Law
By Chuck Quirmbach and The Associated Press
Share:

The bill authored by Republican Rep. Andre Jacque also bans the sale of such tissue. It comes in the wake of a video of national Planned Parenthood officials talking to an anti-abortion group posing as a buyer of fetal tissue.

Walker said his focus is on stopping what was shown on the videos.

"I haven't looked at specific legislation," Walker said "I think in light of the Planned Parenthood videos, though, I'm going to work with the Legislature to make sure that something like that can't happen in the state of Wisconsin. And nor should it happen anywhere in America."

Without saying what he'd do if the bill reaches his desk, Walker described the videos as "excessively disturbing" to most Americans.

"I think it sent a chilling effect amongst people across this country. I've certainly pleased that long before these videos, we defunded Planned Parenthood (of Wisconsin)," he said.

Jacque said at a committee hearing Tuesday he would amend the bill to address concerns put forth by medical researchers. However, opponents of the bill say using old cell lines created from aborted fetal tissue isn't suitable for all research.

The Legislature could vote on the bill next month.