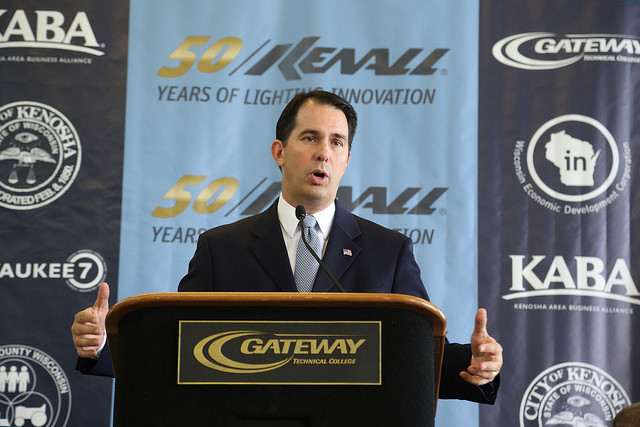 Trip Would Coincide With Hypothetical Run For President
By Shawn Johnson
Share:

Gov. Scott Walker said he might visit Israel to promote Milwaukee's clean water technology, a trip that would coincide with his likely run for president.

Walker is one of several governors mulling over a presidential run who could be looking to burnish their foreign policy credentials. Walker said if he visits Israel, it would be to promote Wisconsin. He said there are only a handful of clean water technology hubs in the world, and that Milwaukee and Israel are among them.

Walker's possible visit to Israel was first reported by the conservative website Newsmax.