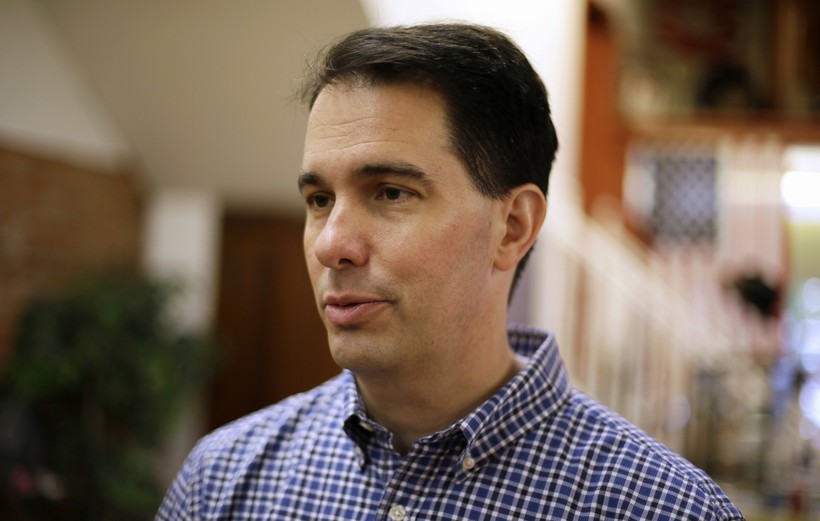 Walker: Hacking On State Network Was Attempted, But Not Successful

Gov. Scott Walker says someone tried to access information on the state’s online network, but was not successful.

Walker told reporters Thursday morning in Milwaukee that "There's no evidence we were hacked. There was an attempt made."

Walker didn't specify when the attempt was carried out, but his comments come after NBC News reported Tuesday that Wisconsin was one of seven states in which U.S. intelligence "developed substantial evidence that state websites or voter registration systems were compromised by Russian-backed covert operatives prior to the 2016 election."

"Wisconsin is on the list not because the federal government found it, but because our people pointed it out to them," Walker said. "We blocked attempts as we block attempts to any number of state agencies every single day, and so, again, this is another one where people are not fully understanding the story out there. The story is Wisconsin has a vibrant cyber-security system for all our different state agencies. We were the ones who identified those attempts on elections efforts in the state and reported that to the federal officials."

Walker says there were "probably attempts made on every state in the United States of America. The difference is Wisconsin stopped them from happening."

State officials in 2017 said they were notified of an unsuccessful Russian hacking attempt that took place in July 2016, ahead of the November 2016 election.

The U.S. Department of Homeland Security notified election officials last year that "Russian actors" who had been linked to attempted election hacking had tried to access information within the Wisconsin Department of Workforce Development.

The federal agency said Wisconsin was one of 21 states targeted by Russian hackers during the presidential election.

State officials have assured residents no voter data or ballots were compromised during the 2016 election.

"In response to NBC’s questions, we double-checked with Homeland Security and our other cyber security partners. They have assured us that they are not aware of any other attempts — successful or unsuccessful — to breach Wisconsin’s systems. We have established a strong, positive relationship with Homeland Security, and have seen no reason to doubt their assurances about the integrity of our systems."

However, a follow-up NBC report on Wednesday indicated that last September three states, including Wisconsin, had some state websites "scanned" and that "a former senior intelligence official told NBC News that these types of probes can also be serious, either as gateways to other networks or as reconnoitering for future attacks."