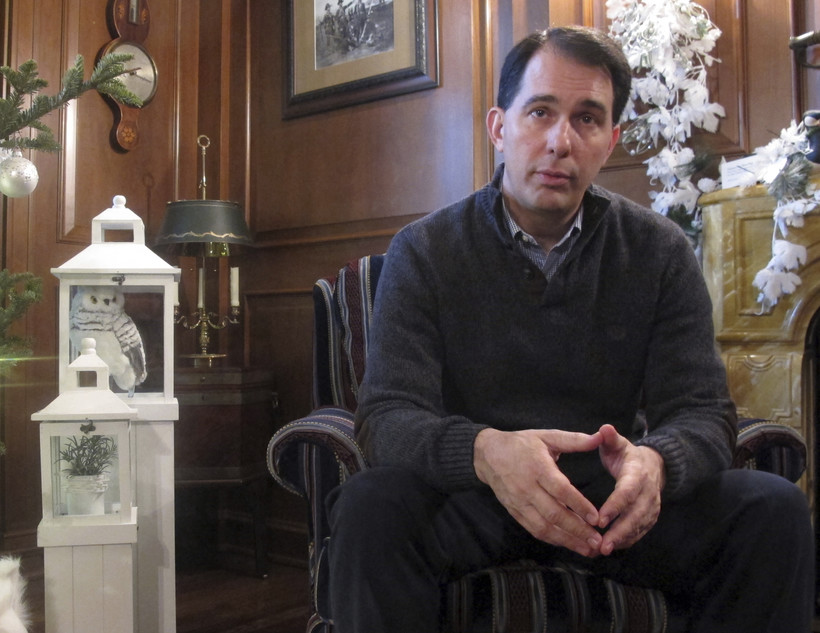 Governor Says Other Ideas To Combat Opioid Epidemic Will Be Priorities
By Laurel White
Share:

Gov. Scott Walker is not enthusiastic about a proposal to randomly drug test public and private school students who are involved in extracurricular activities at school.

The proposal from Rep. Joel Kleefisch, R-Oconomowoc, would mandate random testing of students involved in activities from sports teams to drama club.

The governor weighed in on the proposal Wednesday, saying he’d rather focus on other ideas that have come from opioid abuse listening sessions and commission meetings.

"There are plenty of ideas that have come up, but this hasn't been one of them," Walker said. "What I'm probably going to do is use all the different ideas that we've had from all these different venues we've put in place and really focus on the things with the most proven success."

The idea came from a coalition Kleefisch convened with local leaders and experts on heroin and opioid abuse. He says the testing would help identify students who are using dangerous drugs.

In a year-end interview with Wisconsin Public Radio, the governor declined to comment on other potential bills in the next legislative session, including proposals that would allow concealed weapons on college campuses and in private schools.

"Every time I comment on a bill like that I give the legislature an excuse not to talk about workforce issues," Walker said.

Walker said workforce development will be a primary focus for him in the upcoming session. He tied the issue to increasing funding for the University of Wisconsin System.

"We want to make sure the new funding we're putting in the University of Wisconsin System really matches the workforce needs that we have overwhelmingly in this state," he said.

Walker has previously mentioned tying UW System funding to performance metrics. Other metrics he mentioned Wednesday included how many students are enrolled at system schools, as well as how many graduate and get jobs in high-demand areas.

Walker also addressed a few national issues through the lens of state government and politics. He said any Wisconsin residents who are concerned or fearful about the policies of President-elect Donald Trump should consider the "checks and balances" in government.

"No one person can just go out and rule the country," he said.

Walker also weighed in on the President-elect’s criticism of the media.

In response to some Trump supporters booing media on the campaign trail, Walker said he wouldn't encourage people to "verbally or otherwise thrust angst toward any media outlets."

"To have a free society, people need to be not only involved in their government, but they need to have ways to understand what their government is doing," Walker said. "You need to have people who are giving you some objective information about what your elected officials are doing."

Walker said he believes there is some "unintentional bias" in the media, but more so on a national level than with state and local reporters.

He said he thinks the people of Wisconsin can trust what reporters in Wisconsin write about him, and that he has "very rarely" experienced them reporting something with the intent to misinform.