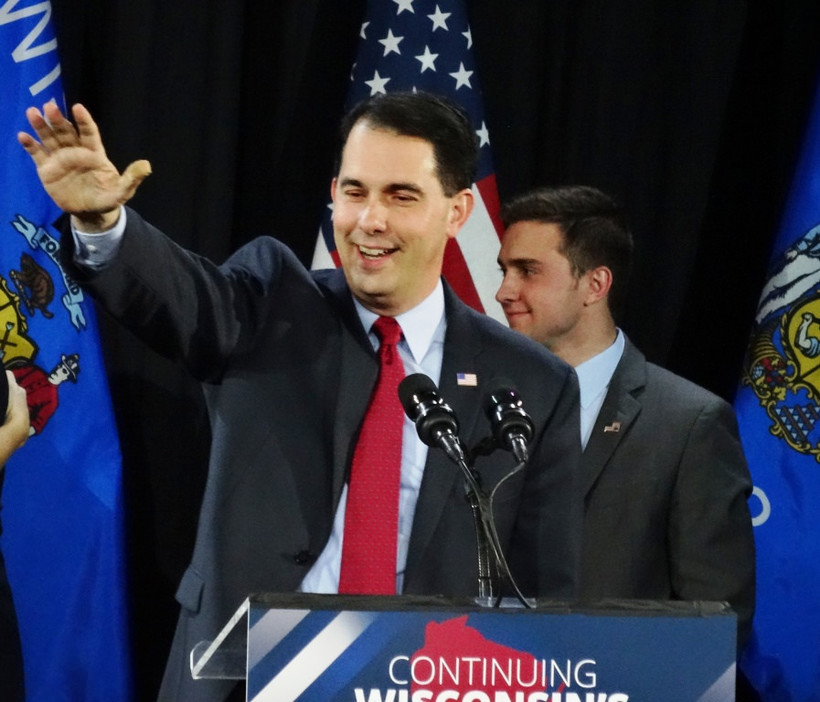 Move Comes On The Heels Of Positive Showing At Iowa Conservative Summit
By Shawn Johnson and John K. Wilson
Share:

Gov. Scott Walker has formed a committee that will let him raise unlimited funds in the early stages of his likely presidential bid.

Launched under the name “Our American Revival,” the committee was set up as a 527 tax-exempt organization, meaning it can raise unlimited funds but has to disclose donors.

The group described itself to the Internal Revenue Service as an organization that will “work to enact policies that will lead to a freer and more prosperous America.” In practice, it's a campaign group for Walker. Its website, which launched on Tuesday, featuring pictures and videos of the governor and news stories about his recent speech at a conservative summit in Iowa. Walker’s remarks at that event generated buzz in the national media.

“Our American Revival encompasses the shared values that make our country great, limiting the powers of the federal government to those defined in the Constitution while creating a leaner, more efficient, more effective and more accountable government to the American people,” Walker said in a statement that accompanied the announcement.

The Washington Post first reported the news on Tuesday morning.