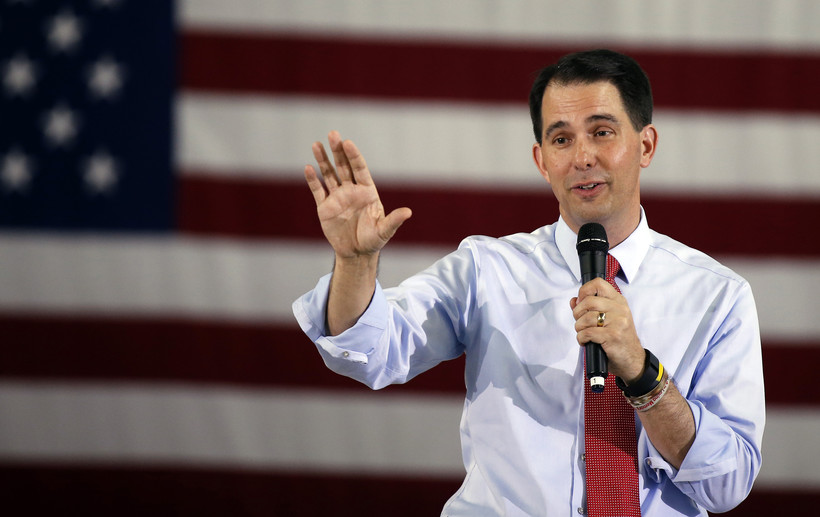 Walker Closing In On Paying Down Remaining Debt From Presidential Bid

Gov. Scott Walker's presidential committee has paid off most of its debt, aiming to meet his goal of getting out of the red by the end of 2016.

The latest Federal Elections Commission filing from Scott Walker Inc. shows about $140,600 of debt remaining at the end of November. That's down from more than $1 million in debt the campaign owed after Walker withdrew from the Republican field in September 2015.

"He's done pretty well," said Dave Levinthal, senior reporter for the Center for Public Integrity in Washington, D.C. of Walker's efforts to clear his campaign debt. "He's done better than many other presidential also-rans who even today still find themselves in debt. Newt Gingrich would be probably the most notable of them all; he has more than $4.5 million worth of debt from his 2012 presidential campaign. Walker, though, he's doing a pretty good job."

So why do donors give to losing campaigns long after they're over? Levinthal said some contributors want to establish or maintain relationships with former presidential hopefuls who either hold office, such as Walker, or who may seek high office again in the future.

"You, as a donor, want to play not just the short game but the long game, too," Levinthal said. "There's nothing like endearing yourself to a candidate for many, many years to come, particularly if that person runs for president again or at the very least maintains power."

New Jersey Gov. Chris Christie, for example, held such a fundraiser with President-elect Donald Trump in May.

Page Six reported on a Walker fundraising event in November with a guest appearance by Vice President-elect Mike Pence, who got help from Walker in his preparations for his vice presidential debate against Democrat Tim Kaine.

Levinthal said campaigns can also sell off their physical assets – computers, office equipment and furniture – and campaign gear, such as t-shirts and buttons.

But he said it's more common for campaigns to raise money by selling access to the voter and donor information they collected during the race.

Campaigns with lingering debts can request for a settlement from the FEC, but Levinthal said that only happens when a campaign has "paid down (its) debt to a pretty manageable degree." Otherwise, he said, candidates "have to keep filing reports with the Federal Election Commission and technically keep their presidential campaigns or congressional campaign committees open in the hopes that one day they'll be able to clear their debts."

Scott Walker Inc's next monthly finance report is due to the FEC in January.

It will show whether the campaign paid off its remaining debt by the end of 2016.