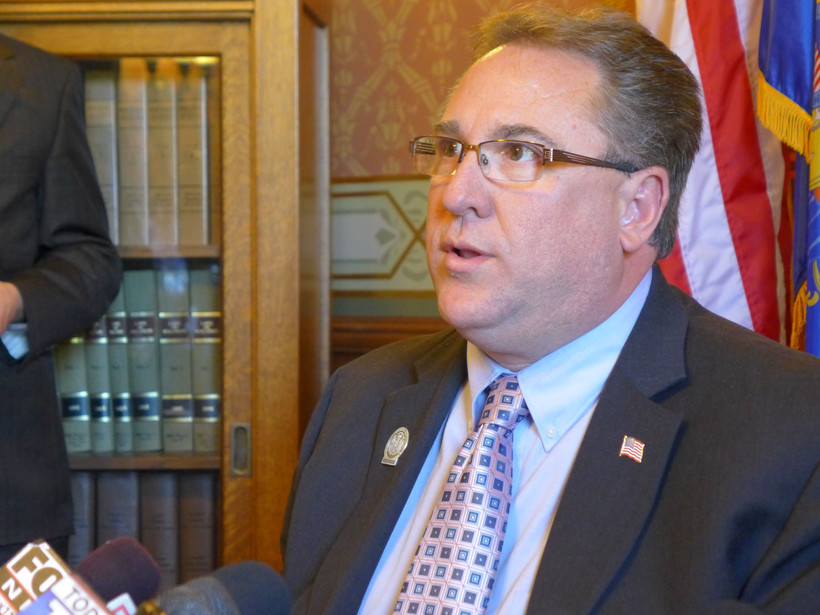 GOP Representative Apologizes For His Comments To 3 Female Colleagues, But Says He Wants To 'Move On' From Incident
By Shawn Johnson
Share:

Gov. Scott Walker called on a Republican state lawmaker to resign Wednesday after news surfaced that he made racial and sexual remarks to three female colleagues in the state Legislature.

The Milwaukee Journal Sentinel first reported Rep. Rob Brooks, R-Saukville, made a racial remark to Rep. Jessie Rodriguez, R-Oak Creek, during an Assembly Republican event in the Wisconsin Dells. Rodriguez is the only Hispanic member of the GOP caucus.

The Journal Sentinel reported Brooks, who had been drinking, said he was buying drinks for everyone "except Jessie because she's Hispanic." Brooks proceeded to purchase drinks for several Republicans, but Rodriguez was not among them.

Brooks also made sexual comments to Rep. Cindi Duchow, R-Delafield, and Rep. Amy Loudenbeck, R-Clinton, though it is not known exactly what he said. The three legislators reported his remarks to the assembly chief clerk, and Brooks later apologized.

Brooks later apologized, and Reps. Rodriguez, Duchow and Loudenbeck said in a statement that they felt the matter had been resolved appropriately. But hours after the news surfaced, Walker called on Brooks to step down.

"Representative Brooks' comments are offensive and disrespectful," Walker said in a tweet. "They have no place in our society and are inconsistent with the high standards that must be held by those in public office. He should resign from office, period."

Brooks, however, did not resign from the Legislature as suggested by Walker, and he did not directly respond to Walker's call to step down. In a written statement, Brooks said he was ready to move on.

"I regret that I made some stupid comments while under the influence of alcohol after our caucus in the Dells," Brooks said. "I take full responsibility for my behavior and have apologized for my actions. I am ready to move on from this incident and fully support and will adhere to the Assembly policies to maintain a safe workplace for legislators and staff."

Reps. Rodriguez, Loudenbeck and Duchow issued their own statement saying they felt the matter had been dealt with.

"Rep. Brooks’ comments were out of line in July and we made our views immediately known to him and the assembly chief clerk," they said. "We were satisfied with the Assembly response this summer and have fully accepted Rep. Brooks’ apology. While we respect his decision to resign his leadership position and appreciate the seriousness with which he takes the issue, it is beyond what we expected or even wanted. We have put the incident behind us; we would ask kindly ask others to do the same."