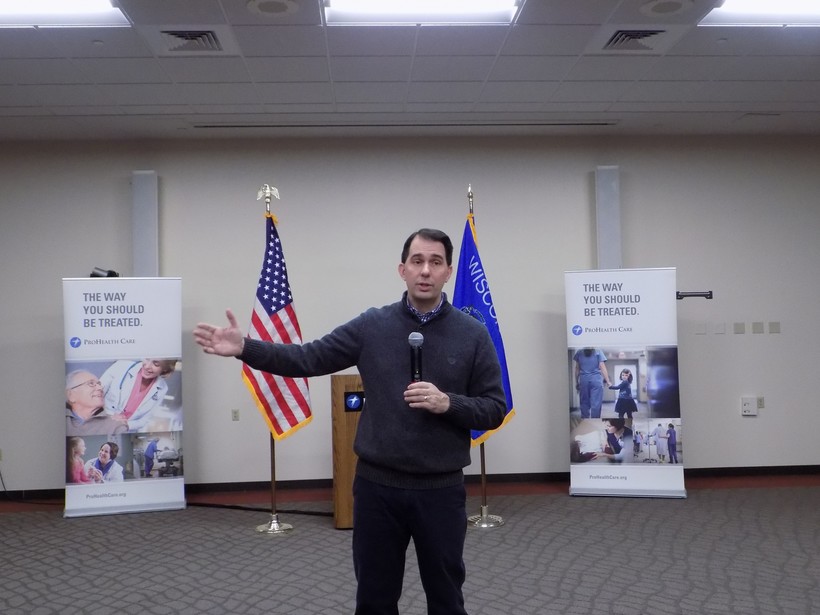 Governor Wants To Join States In Getting Federal Waiver To Offer Reinsurance
By Ximena Conde and The Associated Press
Share:

In a tack to the left in an election year, Walker said he wants a state law to guarantee people with pre-existing conditions don't lose health insurance.

The Affordable Care Act, the Obama administration-era signature health care law of which Walker has been critical of in the past, already protects people with pre-existing conditions. But Walker said making the change in state law would protect individuals from any changes made to health care at the federal level.

"The law going forward should say that pre-existing conditions are covered," Walker said. "So that someone suffering from cancer or some other serious illness or ailment doesn't have to worry about having access or continuing to have coverage."

In a move designed to lower premiums for people in the private insurance marketplace, Walker announced Sunday he wants Wisconsin to join Minnesota, Oregon, Hawaii and Alaska in obtaining a federal waiver to offer reinsurance.

Through reinsurance, federal and state government would help insurance companies with the financial cost of their highest claims.

Wisconsin would use a combined $200 million in government funds for the plan. Only 25 percent of the funding would come through the state, which Walker said won't require any new taxpayer money.

"We've already accounted for that money in the savings that we’ve been able to generate through reforms and changes to the Medicaid system today under current coverage," the governor said.

"That will provide more choices for people across the state, more options and more competition," Walker said. "More competition typically means that premiums will go down or at least be sustainable."

Walker further announced Sunday he's going to ask the federal government for a permanent waiver to continue the state's popular discount drug program for those over age 65 called SeniorCare.

Democratic state Sen. Jon Erpenbach, of Middleton, said Walker is only taking the steps because it's "politically convenient" to help his re-election bid.

"Clearly, coverage for pre-existing conditions is — and has always been — a huge concern for the people of Wisconsin," Erpenbach said in a statement. "Gov. Walker did not speak up when President Donald Trump and Congress tried to repeal Obamacare — it is interesting that he is speaking up now."

Walker plans to ask the Legislature to support the proposals in his State of the State speech at 3 p.m. Wednesday.