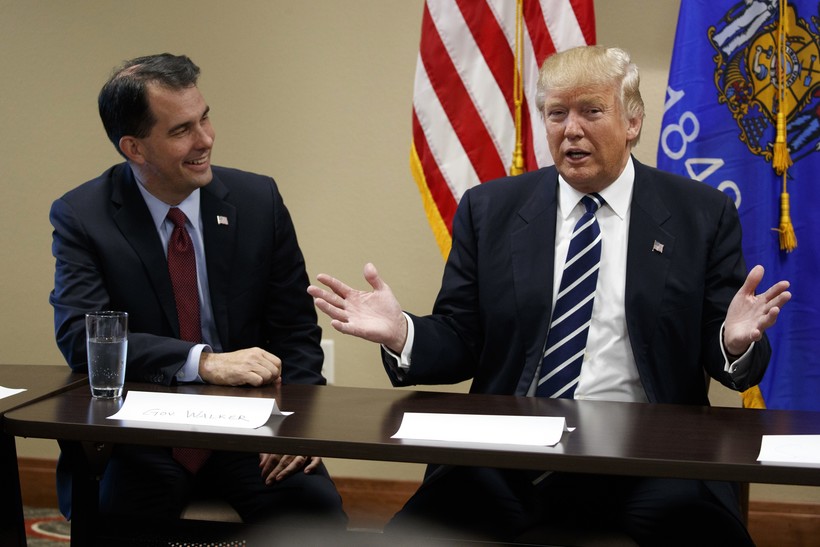 Gov. Scott Walker sent a letter to President-elect Donald Trump on Tuesday, asking Trump to give states more autonomy to do things such as implement drug testing for food stamp recipients and limit the number of refugees coming to states.

The governor outlined several proposed changes to the relationship between the federal government and Wisconsin in his letter. Among them was a request to lift a federal block on drug testing for food stamp recipients.

The state passed a law requiring such testing of able-bodied adults without children in 2015, but it was subsequently blocked by the federal government because it was found to be in violation of federal law.

Walker also requested more autonomy for states in determining how many refugees it will accept from countries "with terrorist ties."

"Wisconsin has consistently voiced concern about the vetting and relocation of refugees from such countries," Walker wrote. "We would like our state to have a broader role in determining how many refugees and from which countries until we are comfortable with the vetting process that is being utilized to screen these individuals."

Walker did not specify which countries he was referring to in the letter.

Assembly Speaker Robin Vos, R-Rochester, said he would expect any changes to Wisconsin’s refugee resettlement practices to be handled by the governor’s office, rather than at the legislative level.

Even so, Vos said he supports placing some limitations on refugee entry to the state.

"We’re not shutting our doors, but we want to make sure that we have some kind of control," Vos said.

In his letter, the governor also requested the approval of changes to Medicaid policies for able-bodied adults without children whose income is at or below the federal poverty level. The proposed change would raise premiums for individuals who smoke or otherwise increase health risks.

"Our state would like to encourage healthier lifestyles through differential premiums for childless adults who purposefully increase their health risks while receiving benefits," Walker wrote.

Walker also asked Trump to lift a ban on grey wolf hunting in the state.

"Our state had been successfully managing the population until a federal court removed that the authority to do so," Walker wrote. "We would ask that Wisconsin again be allowed to manage this species."

Grey wolf hunting was legal in Wisconsin from 2012 until December 2014, when the wolves were added to a federal endangered species list.

Walker urged Trump to give his concerns "immediate attention."