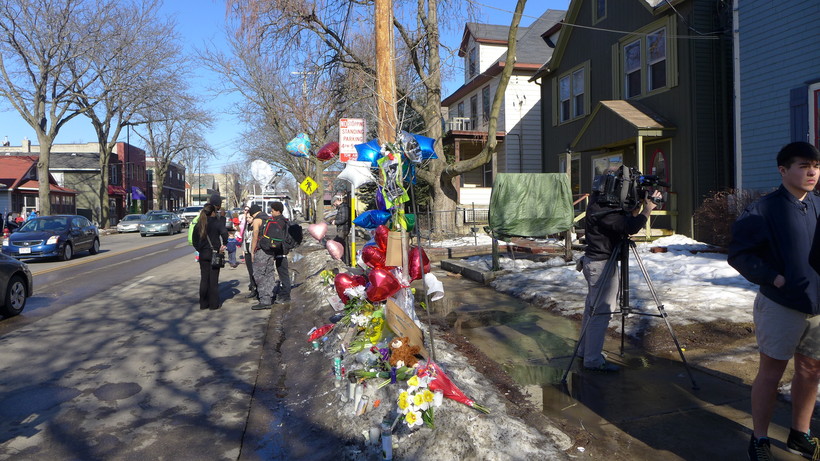 Flowers, balloons and other items festoon a memorial for Tony Robinson outside his apartment building.

DOJ Had Initially Been Denied $700K In Additional Funds
By Erik Lorenzsonn
Share:

Gov. Scott Walker's administration has indicated that it's open to providing the state Department of Justice with more funding for investigating officer-involved shootings.

Under a law passed in 2014, an external agency must review any police-involved shooting in Wisconsin, a task that has often fallen to the Division of Criminal Investigation within the DOJ. Attorney General Brad Schimel has said the large workload prompted the DOJ to request $700,000 in additional funding for more staff to investigate the shootings in the upcoming biennial budget. Walker denied the request in his budget proposal.

Now, a Walker spokeswoman released a statement saying that "if DOJ feels as though additional funding is necessary to address these cases, we are willing to work with them and the State Legislature to ensure adequate funding."

The statement comes in the wake of two high-profile police shootings in Madison and Kenosha.