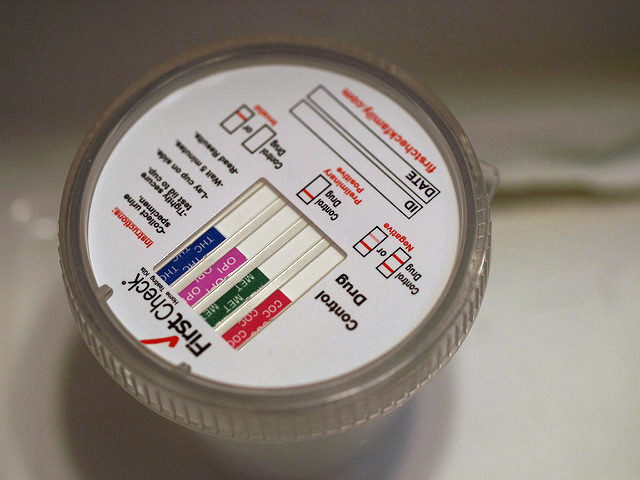 The state Department of Health Services announced Friday that it has submitted its plans to Gov. Scott Walker’s office to create the new policy.

The department, which took public comment on the proposal through this fall, has also submitted an economic impact analysis and text of the proposed rule.

The proposed change was approved by the Legislature and governor as part of the 2015-2017 state budget. The governor has argued it will create a healthier workforce in Wisconsin and help people get necessary treatment.

But some opponents say the state shouldn't be able to move forward with drug testing without first getting a waiver from the U.S. Department of Agriculture, which oversees the federal Food and Nutrition Act.

"Under that Act, they do not have the authority to drug test food share recipients without the permission of USDA," said Vanessa Kuettel, lawyer at Legal Action of Wisconsin.

The Walker administration says it doesn't need the waiver because another federal law gives it permission to do the drug testing.

According to state estimates, if the policy goes into effect, about 67,400 individuals are likely to be screened for drug use annually, with an estimated 2,100 requiring a drug test. Those tests are projected to cost the state about $101,500 a year.

An estimated 11 percent of tested individuals would require treatment, which would cost about $500,000 for the state’s Medicaid program, BadgerCare. Those who don’t have BadgerCare would receive services paid by private insurance or county human service agencies. Those who aren’t eligible for BadgerCare or have private insurance would receive services paid for by the state’s general fund.

Wisconsin already requires FoodShare recipients to participate in work training programs. That policy has reduced eligibility by about 76,000 and linked roughly 21,000 people with jobs, according to state numbers.

The state is in the application process for a federal waiver that would allow it to drug test Medicaid recipients as well.