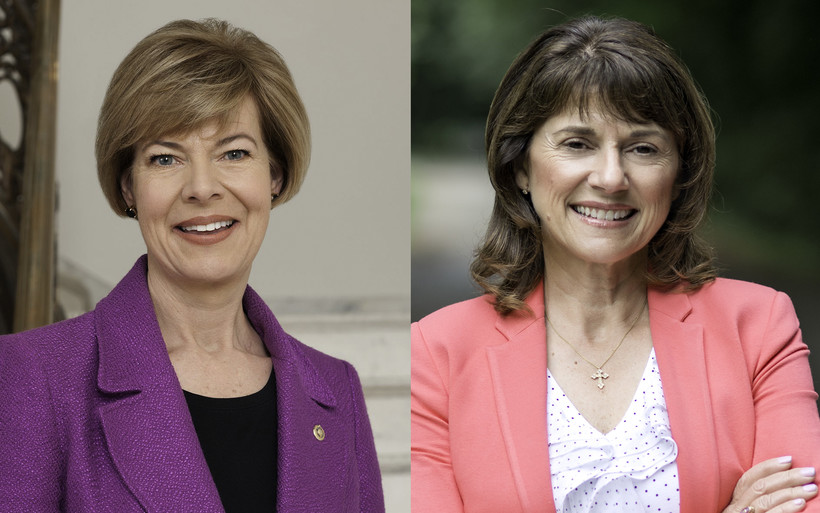 Tammy Baldwin and Leah Vukmir. Photos courtesy of the campaigns

Republican U.S. Senate candidate Leah Vukmir is pointing to the Central American migrants moving north through Mexico to the United States to call for a southern border wall and tighter U.S. immigration laws.

On a conference call for reporters Friday, Vukmir criticized Democratic incumbent U.S. Sen. Tammy Baldwin for voting against funding the Trump administration's plans for a wall.

Vukmir said her approach to immigration would be more in step with Wisconsin voters.

"I stand strongly with our president in the call for not only building the wall, but making sure that our Border Patrol has the resources that they need to handle what's currently going on," she said.

Baldwin's campaign said in a statement that the senator has voted 14 times to strengthen border security and said Vukmir was mischaracterizing her record on immigration.

The statement added that Baldwin has co-sponsored legislation to "push for a strong regional response to address the humanitarian crisis in El Salvador, Guatemala and Honduras."