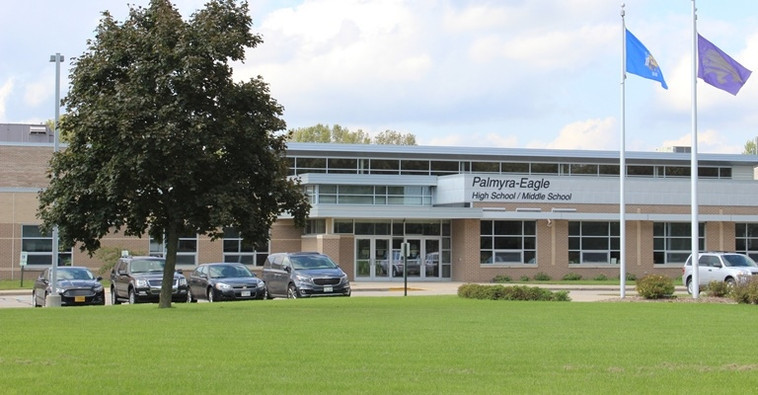 Voters in a rural southeastern Wisconsin school district will weigh in on whether they think their district should continue to exist.

The Palmyra-Eagle Area School District has faced budget struggles for years amid declining enrollment and reduced state funding. In April, voters there said no to a $11.5 million referendum that would have funded operations for the district. The decisive vote — 61 percent opposed to 39 percent in favor — left the district without the money to operate beyond the 2019-20 school year. In July, the school board voted to dissolve the district.

On Tuesday, voters will face an advisory referendum asking whether they believe the district should be ended.

Tara LeRoy of Palmyra has two kids in the district. She said the battle over whether to fund this year’s school referendum, as well as a number of other failed efforts through the years, has divided neighbors.

"The damage that is being done across the state to communities, and especially these small rural communities — every time there is a referendum vote, it is like civil war," LeRoy said.

After the school board’s decision to dissolve, LeRoy led the effort to force this week's advisory referendum vote. The advisory vote doesn’t have the power to undo the district’s decision, but she said she hopes it helps to send a message from the community. 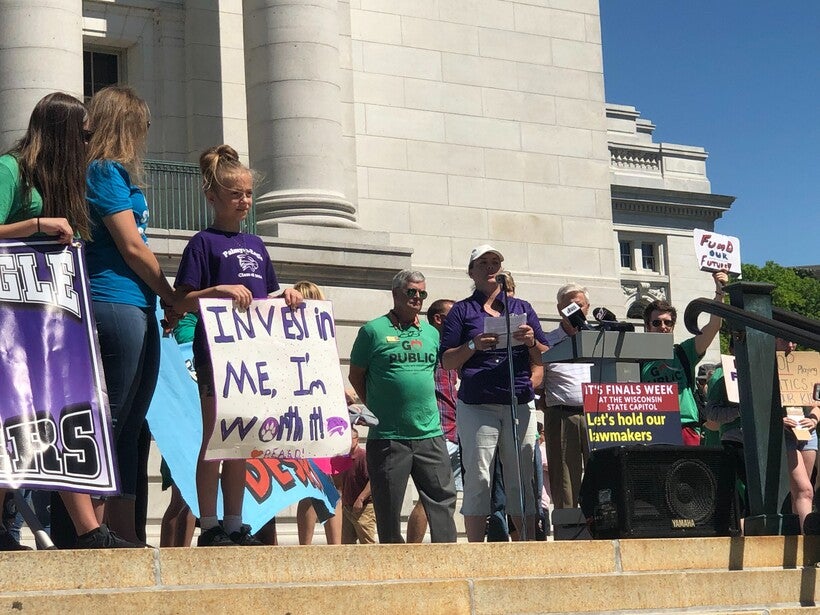 Tara LeRoy, a parent in the Palmyra-Eagle School District, spoke at an education rally on the Capitol Building steps on June 25, 2019 in Madison. Laurel White/WPR

That includes those, she said, who may now regret their April votes on the tax referendum.

Community members "have come to us and they said, 'We didn't vote 'no' against the referendum because we wanted the school to dissolve,'" LeRoy said. "'We want a school here. We don't think the school should disappear. We just couldn't afford that particular tax increase and think there's a better way.'"

Still, there are vocal proponents of the district's dissolution. This is especially true in Eagle, a Waukesha County village on the east side of the district. Voters in the village of Eagle and the town of Eagle voted "no" in the April referendum by a margin of 76 percent to 24 percent. By contrast, 57 percent of those in the village of Palmyra and town of Palmyra voted "yes."

The creator of a website calling for the district's dissolution did not respond to WPR’s request for comment.

The district, which includes parts of Jefferson, Waukesha and Walworth counties, is mostly rural. State data shows more than 1,100 students enrolled in the district as of 2011. By 2017, it was down to 805. In the 2017-18 school year, families of 340 students used open enrollment to send their kids to neighboring Mukwonago or other nearby districts.

The state Department of Public Instruction has scheduled a series of four public hearings about the district’s proposed dissolution. The first of these happens Thursday, two days after the advisory referendum vote. In the event of a dissolution, DPI would determine how to distribute Palmyra-Eagle students to neighboring districts.

Kim Kaukl, director of the Wisconsin Rural Schools Alliance, said Palmyra-Eagle is far from the only rural school district facing an existential threat. While the latest biennial budget includes some additional funding, including an increase in special education dollars, Kaukl said in recent years he's seen an increasing number of rural districts rely on referendum votes to fund operational expenses.

Some Alliance members, he said, "are basically doing operational referendums every two to three years as part of their budgeting cycle."

It stakes a lot on the outcome of a vote.

"If things don’t get better, where we’re constantly having to rely on referendums for operational purposes, (Palmyra-Eagle) might be the start of a trend," Kaukl said.