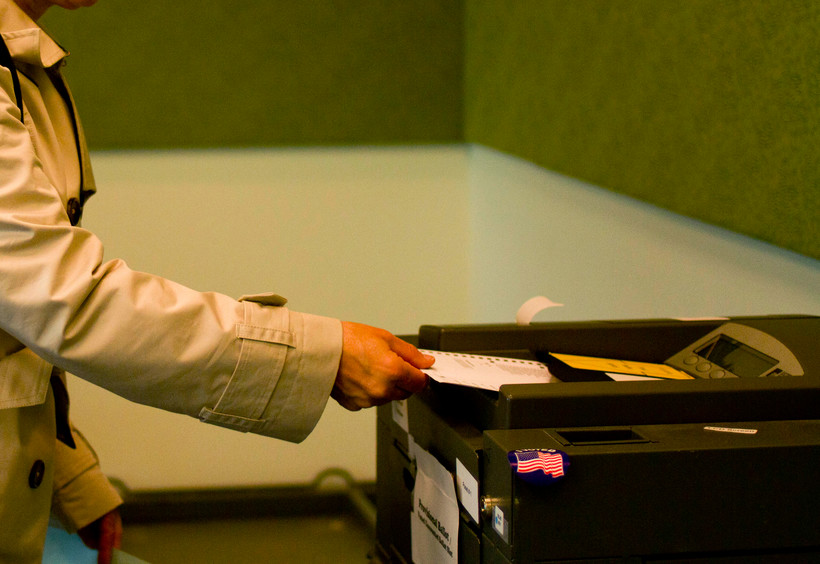 19 counties, plus Kenosha, had ballot initiatives on expanding Badgercare, while 13 communities had initiatives on the minimum wage. Photo: KOMU News (CC-BY).

All Ballot Initiatives That Featured Either Question Were Approved On Tuesday
By Maureen McCollum
Share:

Voters across the state passed referenda indicating that they want the state to raise the minimum wage and accept BadgerCare expansion funds.

Nineteen counties and the city of Kenosha asked voters, essentially, if the governor or state Legislature should accept federal funding to expand BadgerCare in Wisconsin. Thirteen communities asked if the Legislature should raise the minimum wage to $10.10 per hour. Every ballot initiative passed.

La Crosse County Board Supervisor Monica Kruse helped get the issues on the ballot locally. She said she hopes the results leave an impression on lawmakers and that they’ll soon respond with legislation. Kruse acknowledged, however, that it may still be an uphill battle with Republicans.

“But I don’t think they’re hopeless,” she said. “I think we have reasonable people representing us in Madison and hopefully we can look past all the partisan rhetoric kinds of things. The governor is comfortable now. He’s re-elected, so maybe he can be a little more open to some of these issues.”

A spokeswoman for Senate Majority Leader Scott Fitzgerald said it’s too early to say whether the issues will be taken up in the upcoming legislative session, but lawmakers are meeting on Thursday to talk about their agenda.

Assembly Speaker Robin Vos and Rep. John Nygren had a more blunt response on Wednesday when they were asked if the state would reconsider accepting federal dollars to expand Medicaid.

Nygren quickly chimed in with a correction: “Exclamation point.”

Gov. Scott Walker's office did not respond in time for this story.