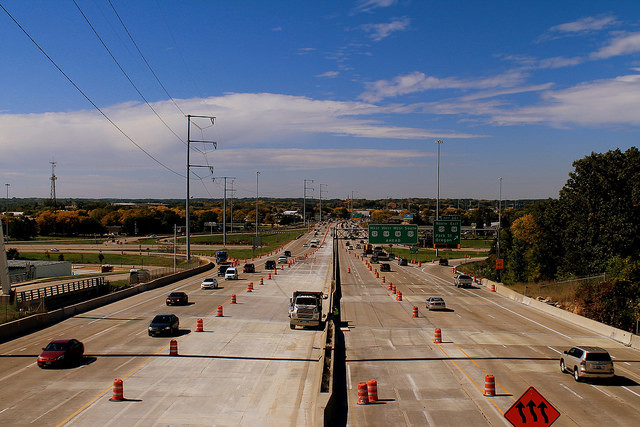 Construction on the Beltline highway outside of Madison. Photo: Jib (CC-BY-NC).

Both Fund, As Well As Existence Of State DOT, Are Now Constitutionally Required
By Erik Lorenzsonn
Share:

Voters in Wisconsin approved a state constitutional referendum on Tuesday that will prevent the state’s transportation fund from being used to cover other expenditures in the state budget.

The passage of the amendment also means that the existence of the fund, as well as the state Department of Transportation, will now be required under constitutional law, not just as a statute.

The question on the ballot read as follows:

The proposed amendment had the backing of many conservatives who have lambasted Gov. Jim Doyle and other state Democrats for their “raid” of the fund in the early-to-mid 2000s. They transferred money out of the fund, which draws revenues from taxes on things like cars and rail, to balance the budget.

The amendment also had the support of the Transportation Development Association of Wisconsin, a major trade group.