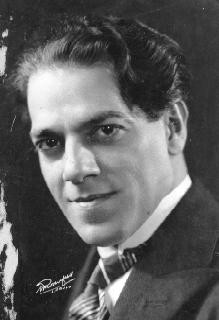 Villa-Lobos Plays the Guitar for Segovia

It was only natural that Brazilian composer Heitor Villa-Lobos would write for the guitar.  And maybe it was inevitable that he would meet the world's greatest guitarist, Andres Segovia.  But exactly what happened at that first meeting is not so certain because Villa-Lobos and Segovia gave sharply contrasting accounts of it.

It happened in Paris in 1924.  They were at a party given by a mutual friend.  According to Villa-Lobos, Segovia didn't recognize him at first and remarked that the composer wrote music that was at odds with the guitar since it required impossible techniques.  Then, according to Villa-Lobos, the composer introduced himself and asked what Segovia meant.  The embarrassed guitarist replied that classical guitarists didn't use the little finger. "Well, if it isn't used," Villa-Lobos said, "cut it off."

Then he asked Segovia for a guitar on which to demonstrate his techniques.  When he reluctantly complied, Segoivia was astonished by Villa-Lobos' ability.  After the demonstration Segovia took his guitar and left, refusing to see the composer on the following day, although he later commissioned an etude.

Segovia tells it differently.  According to him, he recognized Villa-Lobos at once and, when the composer borrowed the guitar, he had to try several times to begin playing it and finally gave up because his fingers had become clumsy from lack of practice.

Whatever exactly happened on that night in Paris in 1924, two of the century's great musicians had come together and made a moment of musical history.