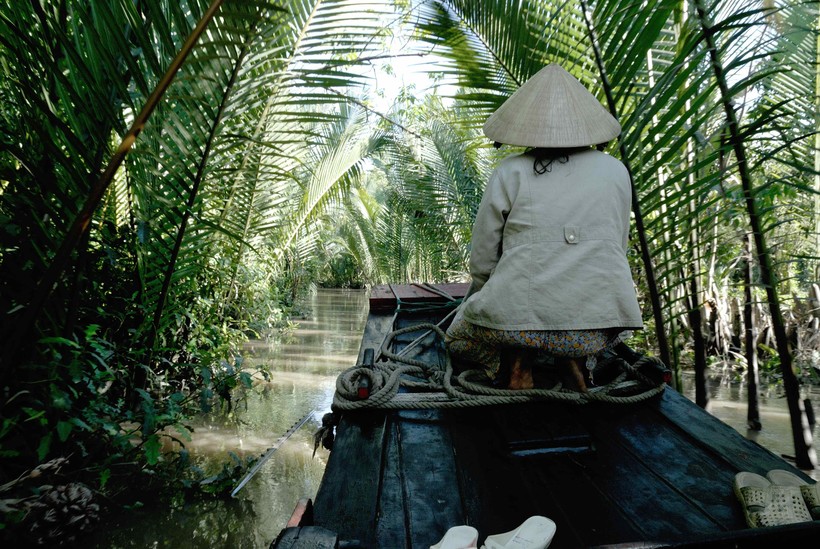 Vietnam War Veterans Return To Where They Fought For Closure

It's been 40 years since the Vietnam War, but for many who fought in that war, there are still many unresolved issues.

Writer and journalist Nissa Rhee explores how some Vietnam War veterans are dealing with some of these issues in her Christian Science Monitor, "Why U.S. Veterans Are Returning To Vietnam."

Rhee said the instance of veterans going back to Vietnam is different than other vets returning to countries where they've fought for two main reasons: First, the U.S. lost the war in Vietnam and second, until the 1990s, it was very difficult for Americans to visit the country.

Former troops return for many reasons, Rhee said, including missing-in-action soldiers, Vietnamese children fathered by U.S. personnel and open wounds regarding the war.

A listener who identified himself as Harry from Rhinelander shared his experience returning to Vietnam. He said he spent two tours in the country in the late 1960s and he went back on a tour with several other people.

"The Vietnam I visited six years ago was not the Vietnam I fought in, and it's better for all of us, and I'm really happy that the country is doing well," he said.

Another caller who identified himself as Lee from St. Charles, Minn., said he was a U.S. Marine Corps rifleman in the laste 1960s, and he's part of the DOVE Fund. DOVE stands for the Development Of Vietnam Endeavors. He said he has helped to build schools in Vietnam in addition to doing other service projects, which he said has been a very emotional experience. At the dedication of one school that he helped to build, there were lines of Vietnamese children waiting to thank him for his help. He said he turned to his friend with him and said, "Well, we finally got our parade."

Rhee said she expects a renewed interest in Vietnam veterans returning to where they fought as the 50th anniversary of the war draws near.