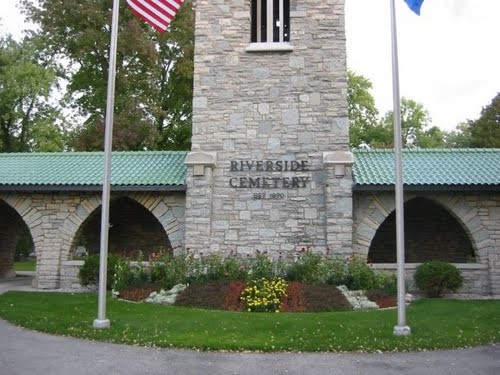 The city of Appleton marks Memorial Day at an historic cemetery that houses the remains of veterans of foreign and domestic wars.

The city's annual Memorial Day parade ends with a ceremony at Riverside cemetery.

Joe Gaerthofner is getting ready to lead a group of about twenty people on a walking tour of Riverside Cemetery, which dates back to the 1870s. Some of the people buried here were died well before that time and were re-interred from an earlier cemetery.

Captain John Jewett served with Company D of the 21st Wisconsin Regiment during the Civil War. He died in 1862. Dozens of other veterans are also in Riverside Cemetery.

He's referring to Matthew Hermansen, who was killed in Afghanistan.

"He was actually supposed to be home. His four-year enlistment was done and he decided to stick around because his buddies and his squad still had another four, five months to go and he decided to stick on and see through with them. Unfortunately he died in April 2011. So those are the stories as it says on our program, 'Not Forgotten.'"

Today people from Appleton will come to Riverside, a large, quiet, woody place in the midst of the city-to remember.