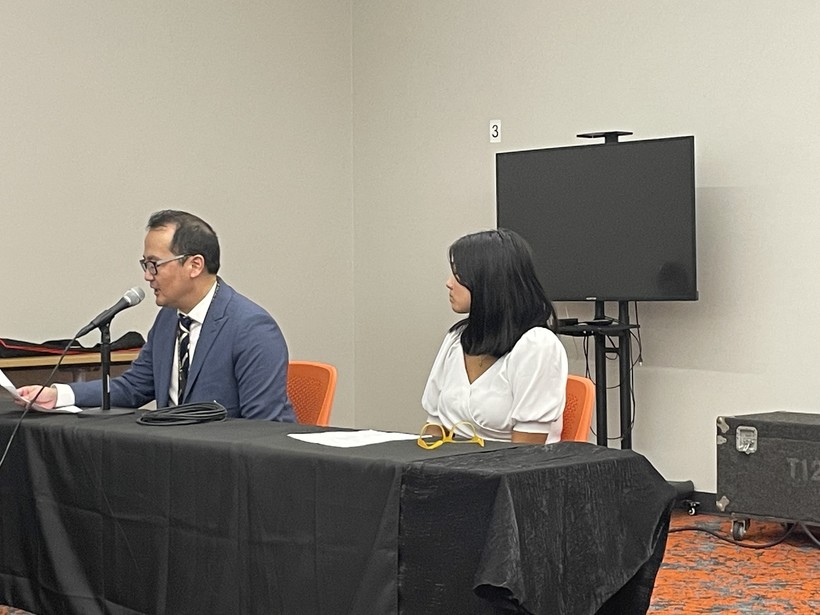 The first-of-its-kind local resolution comes as an effort to change state requirements has languished
By Sarah Lehr
Share:

It was Wong Kim Ark, whose 1898 Supreme Court case established a right to natural-born citizenship. Ark had been denied re-entry into the U.S. after visiting family in China, even though he was born in San Francisco.

For Miller, now a junior at Verona Area High School, the lesson left an impression, partly because it didn't happen until her freshman year.

"No child should have to go until the ninth grade before learning that people like them are important in this country," she said.

Miller, who is Korean-American and co-leads the school’s Asian Student Association, spoke in favor of a resolution adopted unanimously Monday by the Verona Area Board of Education. It affirms the district’s commitment to teaching Asian American and Pacific Islander history and culture.

The action comes after the Wisconsin Association of School Boards approved a non-binding resolution in January encouraging local school boards to add AAPI history to their curricula.

Although other districts in Wisconsin teach Asian American history and culture, Verona is the first district to formalize that focus via a resolution, said Jessica Boling, a co-chair of the Asian American and Pacific Islanders Coalition of Wisconsin.

That commitment, however symbolic, is meaningful, said Kabby Hong, an English teacher at Verona Area High School. Growing up, Hong was the only Asian kid in an otherwise white school in rural Missouri.

"So I struggled with my identity on many fronts," he said. "But looking back, I realize that if I had more visibility in my schooling, in popular culture, I think it would have helped in terms of my own self-esteem and self-worth."

Currently, Wisconsin law requires school boards to provide an “understanding of human relations, particularly with regard to American Indians, Black Americans, and Hispanics,” but makes no mention of Asian Americans. State bills that would add requirements for teaching about the contributions of “Hmong Americans and Asian Pacific Islander Desi Americans” went nowhere in the Legislature last session.

Miller said the failure to amend state law underscores the “invisibility” of Asian Americans, despite heightened racism against AAPI people during the COVID-19 pandemic.

"We’ve always been pushed aside. We’ve been silenced," she said. "Asian Americans are still here. You can’t silence us."

More than 170,000 Wisconsinites identify as Asian, according to the 2020 U.S. Census, representing 36 percent growth from the decade prior. That includes the third-largest population of Hmong Americans of any U.S. state, according to the Wisconsin Department of Health Services.

Verona’s resolution specifically mentions Hmong Americans and promises to create a welcoming environment for all students, including a safe process for reporting hate crimes against Hmong and AAPI individuals.

About 4 percent of Verona Area School District students identify as Asian, according to the district.