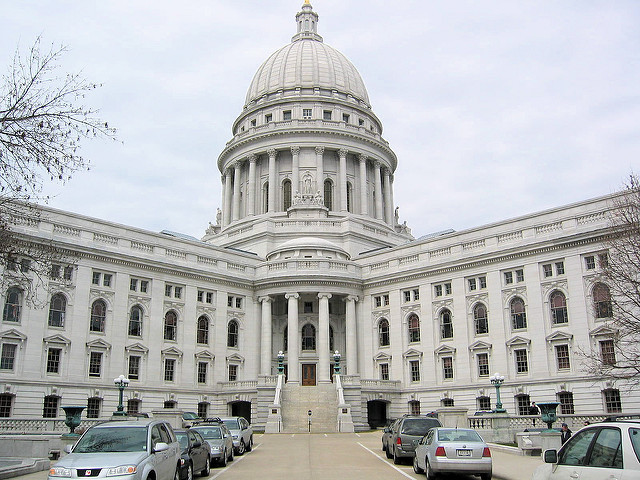 UW System Will Submit $42.5M Request For New Initiatives In Next State Budget

According to University of Wisconsin System President Ray Cross, the UW System will submit a "modest" budget request to Gov. Scott Walker this year for the 2017-19 budget cycle.

According to documents released by the UW System, it will request $42.5 million in general revenue funds for new UW System initiatives in the next biennial budget. That's less than half of what it requested for new initiatives in its last budget request in 2014: $95 million.

The UW System is also not requesting funding for things like utilities. That request has averaged around $88 million in the past.

Cross said the requested funds are necessary to maintaining quality at the state's 26 campuses and to assure students are provided with adequate course offerings, allowing them to graduate on time.

The last biennial budget saw a cut of $250 million to the UW System. A spokeswoman for the system said those cuts have contributed to larger class sizes and fewer course offerings, causing students to graduate behind schedule.

The UW System will also propose ending an in-state tuition freeze lawmakers initiated in 2013, asking that its Board of Regents be empowered to set tuition rates as they see fit.

In a letter released in July, Gov. Walker said he intends to extend the system's freeze on in-state tuition another two years. Cross said tuition is just one element of the UW System's finances, and he could support continuing the freeze if other budget requests are met.

"The state has had to deal with its economic challenges, and now it's time to invest in the university," Cross said. "We're not asking for an outrageous request."