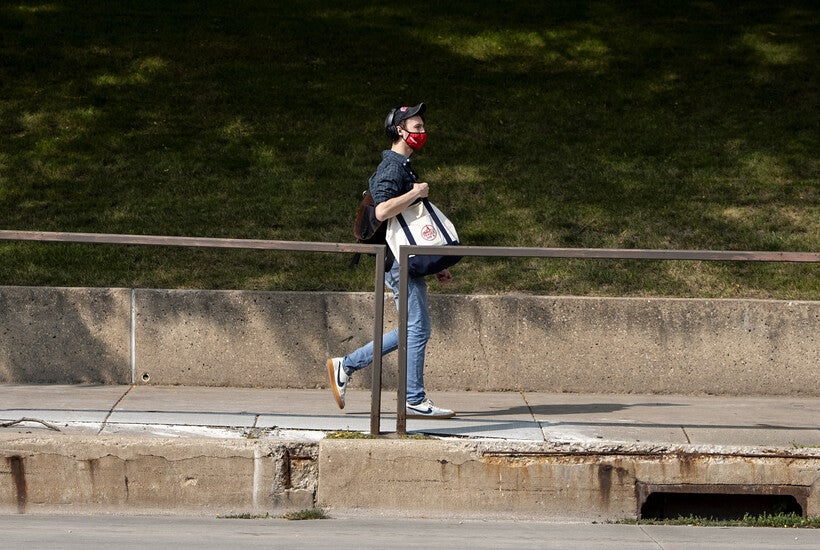 A pedestrian wears a mask as he walks on a sidewalk Tuesday, Sept. 15, 2020, at UW-Madison. Angela Major/WPR

The University of Wisconsin System says 85 percent of its fall undergraduate classes are being taught in person. That's above the 75 percent in-person goal set in February.

The percentage of in-person classes varies by campus. According to UW System data, UW-La Crosse tops the list with 94 percent of undergraduate classes being taught face-to-face. UW-Superior has the lowest in-person rate, at 65 percent, though a UW press release states that's by design.

"Every UW-Superior course that went remote in Fall 2020 has been returned to fully in-person for Fall 2021," said the release.

The percentage of in-person classes for each UW System campus from high to low are as follows:

UW System interim President Tommy Thompson hailed the return to in-person classes after the COVID-19 pandemic moved classes at every state university online for most of the 2020-2021 school year. During an interview with reporters on Tuesday, Thompson said students told him and other administrators that they didn't like online classes and wanted to return to the classroom.

"And so, when I came out with 75 percent, there were some individuals that didn't think we were going to be able to get there, but we got to 85 percent," said Thompson.

Thompson also said universities saw a trend of first and second year students who took online classes during the last school year deciding not to enroll this spring.

Thompson said he didn't have a number of students who decided against re-enrolling this school year.

The UW System release noted that of the 85 percent of in-person classes, only 5 percent are "hybrid," meaning there's a mix of classroom and online teaching.