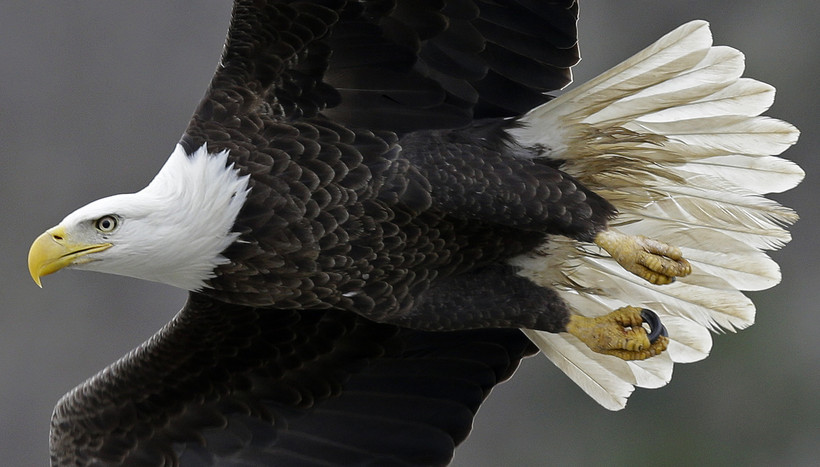 Study Says There Could Be Link Between Virus And Wisconsin River Eagle Syndrome, But Not Clear Cut
By Mary Kate McCoy
Share:

Researchers from the University of Wisconsin-Madison recently discovered that nearly a third of bald eagles are infected with a newly identified virus that could be connected to the fatal Wisconsin River Eagle Syndrome.

While the findings could indicate a link between the virus — called hepacivirus, or BeHV — and the disease that causes eagles to stumble, vomit and have seizures, it's far from a direct line to the mysterious syndrome, said Tony Goldberg, lead author of the study that collaborated with the state Department of Natural Resources and the U.S. Geological Survey National Wildlife Health Center.

"For many years, scientists ... were trying very hard to find the cause, but never did," said Goldberg, who is also a professor of pathobiological sciences at the UW-Madison School of Veterinary Medicine.

"This was an example of a disease that sort of went on the shelf, we didn't really know what was causing it," he said. 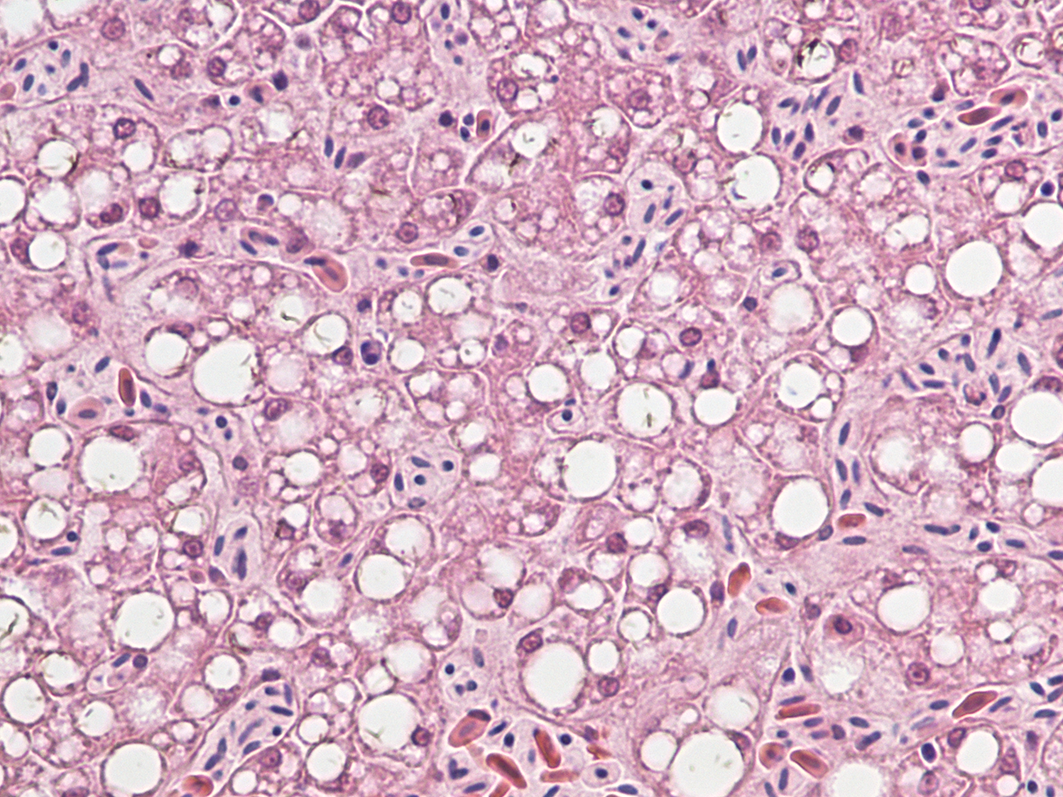 A microscopic image of a liver from a bald eagle that died from Wisconsin River Eagle Syndrome. The large white spaces demonstrate tissue damage characteristic of the disease. Photo by Marie Pinkerton

Researchers suspected the disease was related to a virus because results from necropsies of eagles with Wisconsin River Eagle Syndrome found liver and brain damage, but no connection to environmental toxins.

"One of the things that struck us right away is that this (virus) is actually a relative of the human hepatitis C virus," Goldberg said. "Which was suggestive because hepatitis C ... causes hepatitis in humans — liver damage. And we were seeing liver damage in these eagles."

Yet Goldberg noted they also found eagles that carried the virus, but did not display symptoms of Wisconsin River Eagle Syndrome.

"We see these tantalizing associations — eagles in Wisconsin are more likely to have it ... the virus bears some resemblance to other viruses that cause similar disease in people," he said. "But it's not a clear cut story."

Goldberg said the findings leave them with several possibilities.

"Maybe this virus causes the syndrome, but not in all cases," he said. "Maybe the virus has nothing at all to do with the syndrome, or maybe it interacts with other factors to cause the syndrome under specific circumstances."

While WRES was discovered in the 1990s, bald eagle populations had struggled long before and were listed under the Endangered Species Preservation Act of 1966.

Bald eagle populations have since rebounded. In 2007, the eagle was removed from the endangered species list and there are currently about 1,700 nesting pairs in Wisconsin, up from 108 nests in 1973.

At this point, Goldberg said there’s no evidence that this virus causes any risk to the population.

"We're not saying it doesn't," he said. "All in all, I think our eagle population is healthy and rebounding and it's a real victory for conservation ... but we also shouldn't be complacent. We don't understand all of the health and conservation threats to bald eagles." 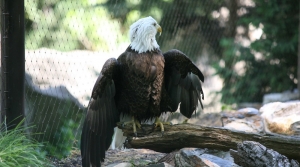 UW scientists discovered a new virus plaguing bald eagles that could be linked to Wisconsin River Eagle Syndrome. An expert joins us to discuss the researchers’ findings about this new disease and how it affects the nation’s eagle population.