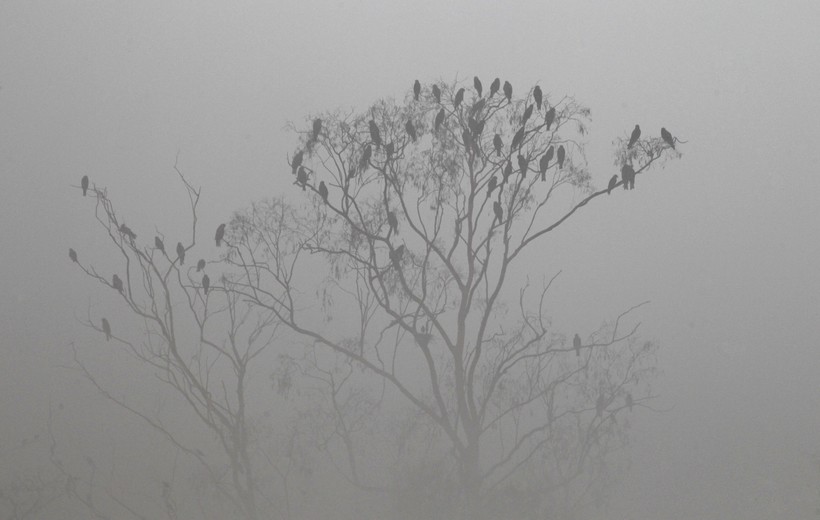 The effects of air pollution on human health have been well documented. We also have research on how air pollution affects plants and wildlife.

What’s not as well known? How this same pollution affects birds.

"Even though we hear about the canary in the coal mine, when you start looking into it, we actually don’t really know about how birds are affected by air pollution," said Tracey Halloway, a professor at University of Wisconsin–Madison’s Nelson Institute for Environmental Studies.

While many avian studies have focused on habitat changes, food availability and climate change, there hasn’t been as much done on how air pollution affects bird species, said Halloway. And because of their anatomy, birds may actually be more susceptible to pollution than other animals.

"Birds are the most efficient respirators, they breathe more efficiently than any other vertebrate species," Halloway said. "The potential impact of chemicals in the air on birds, we would expect to be pretty big."

To learn more, Halloway, along with a graduate student, recently completed a topical review that combed through nearly 70 years of scientific literature. Their findings were published earlier this month in the scientific journal Environmental Research Letters.

"As we started to look at what we already know, we were pretty surprised at how thin the literature was on this topic," Halloway said. "Once we looked at the data that was out there, you do see that there are clear impacts of chemicals in the air on birds. You just have to stitch together a lot of studies from a lot of different places."

The challenge, Halloway said, is figuring out the big picture from this handful of individual studies, all of which had very different conditions. But once she pieced together those studies, a correlation began to emerge.

"What we find is that birds suffer respiratory distress, behavioral changes, reproductive outcomes," Halloway said. "Almost every adverse effect you can imagine a bird having, you see when they’re exposed to higher levels of pollution, and you see it across these different types of studies in a consistent way."

Halloway said birds are likely susceptible to many of the same pollutants that humans are, such as ozone, carbon monoxide, sulfur dioxide and heavy metals. But the effects of these individual pollutants are a lot harder to measure in bird species.

Halloway hopes this study will inspire researchers to jump on this topic in the future, especially researchers on this continent.

"We only found two studies in North America," she said. "A lot of the work is going on in other parts of the world."

She also hopes birdwatchers and citizen scientists can be a part of future research.

"There’s a lot of data out there about what’s in the air, and there’s also a lot of people who are tracking bird sightings," she said. "So this is a problem where we could really move forward if folks were to come together and tackle it."