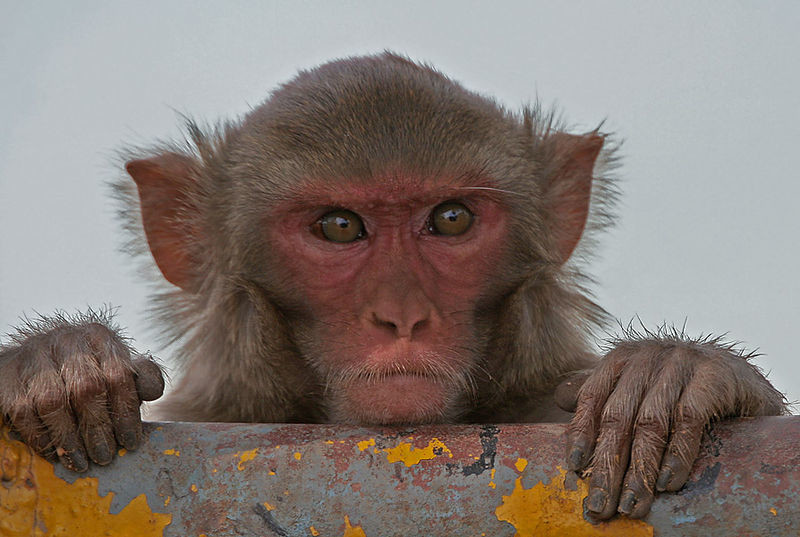 The study was conducted on groups of rhesus monkeys. Photo: J.M. Garg (CC-BY-SA)

A University of Wisconsin study shows monkeys that eat less food live longer and have fewer age-related diseases. The latest research on calorie reduction contradicts an earlier study by the National Institute of Aging.

“We still have animals alive in the study, so we don't at this point really know how much it would extend life,” said Colman. “We're hopeful it would match with rodent studies that show the degree of life extension matches pretty closely to the degree of calorie restriction.”

An earlier, larger study on monkeys done by the National Institute of Aging found no statistical benefit to severe calorie restriction. But Colman says that study may have been flawed because she believes the control group was underfed due to the way food intake was calculated.

Colman says studies on calories and aging are a research tool, not a lifestyle recommendation for people.

“We would never suggest that this be done in people,” said Colman. “There are people who choose to do it. It's incredibly difficult. The whole point is to have this nutritionally complete healthy diet, but in a smaller amount. That is very hard to accomplish.”

Colman says the calorie studies may lead to drugs that can mimic the positive health effects of eating less.